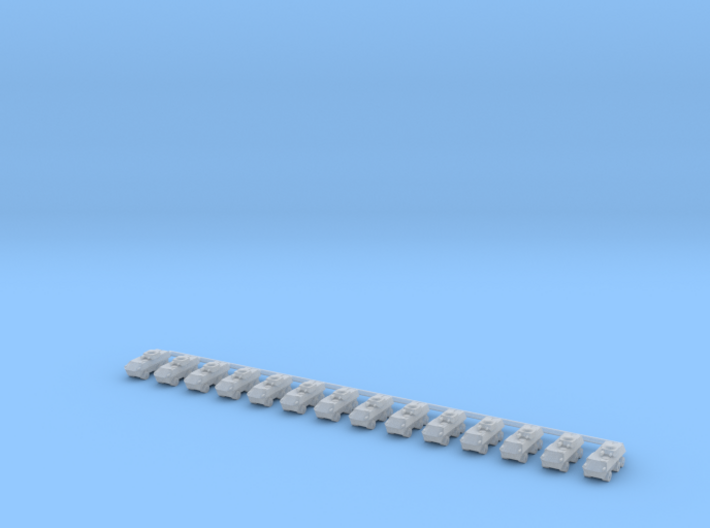 This model kit is in 1/700 scale. The single sprue is connected by wires at the rear of the vehicles. It includes: 14x Grizzly Armoured Vehicle General Purpose vehicles. Once the wires are cut the individual vehicles do not require any work to finish them.

According to Wikipedia: "The AVGP (Armoured Vehicle General Purpose) is a series of three armoured fighting vehicles ordered by the Canadian military in 1977. The three vehicles are the Grizzly, Cougar and Husky. These were based on the six-wheeled version of the Swiss MOWAG Piranha I.

The Canadian Army retired all AVGP variants beginning in 2005; however, a number of the retired vehicles were transferred to other militaries and police forces, where they continue to serve." 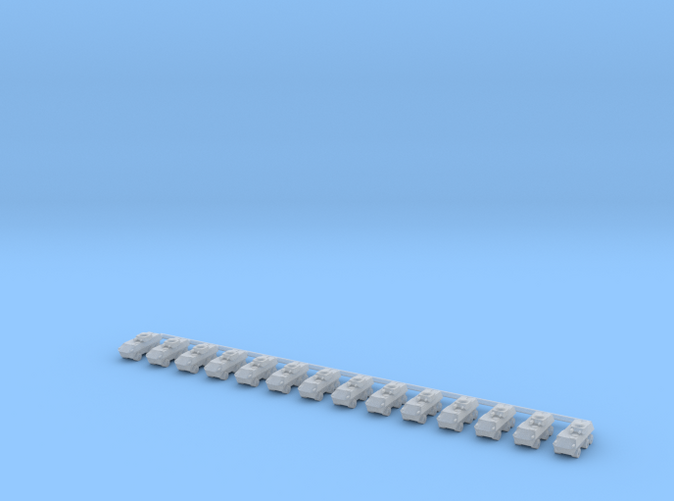