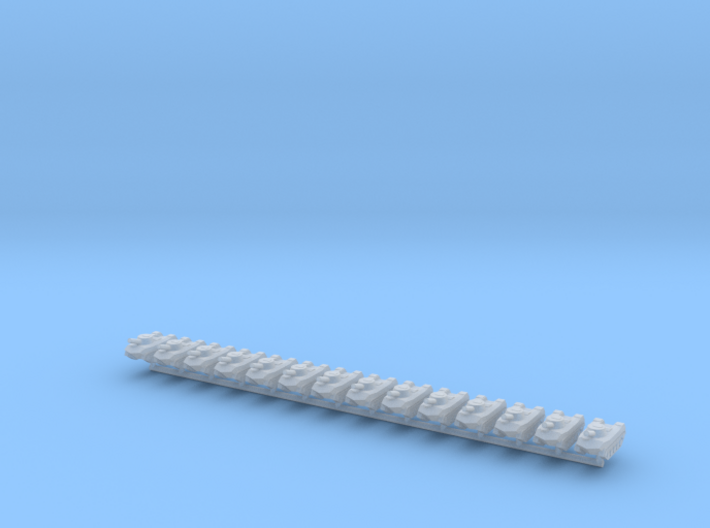 This model kit is in 1/700 scale. The single sprue is connected by wires under the vehicles. It includes: 14x BMD-2 Airborne Infantry Fighting Vehicles.

According to Wikipedia: "The BMD-2 is a Soviet airborne infantry fighting vehicle, introduced in 1985. It is a variant of BMD-1 with a new turret and some changes done to the hull. BMD stands for Boyevaya Mashina Desanta (literally "Airborne Combat Vehicle"). It was developed as a replacement of BMD-1 but it failed to replace it completely because of a downfall of Soviet economy in 1980s. NATO gave it the designation BMD M1981/1." 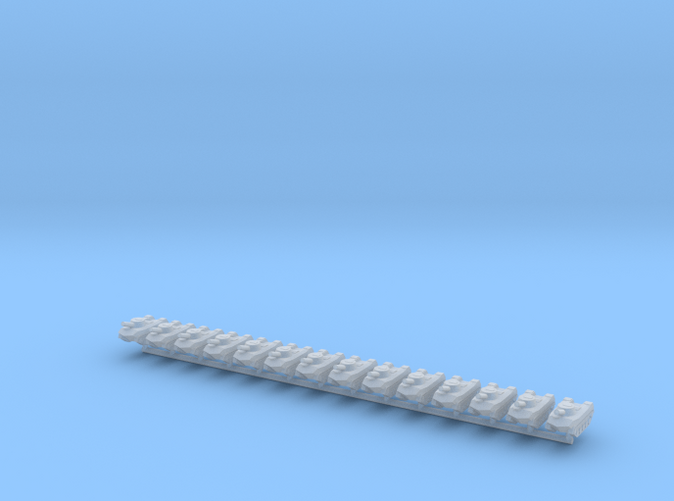