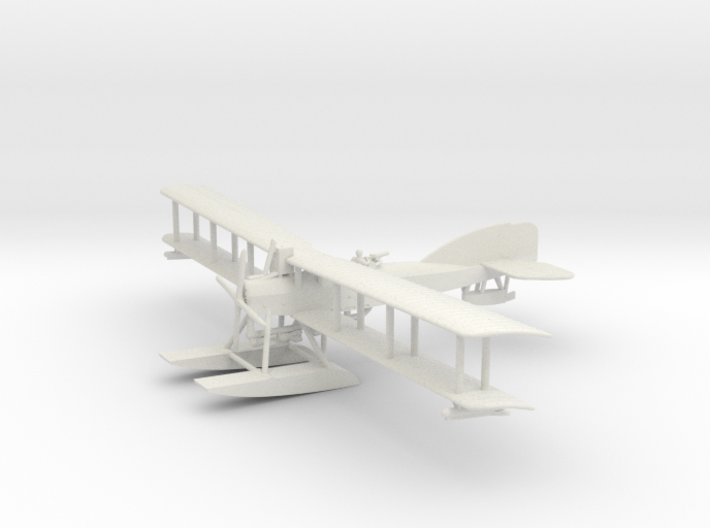 The Short Seaplane, Admiralty Type 184 was designed to carry a torpedo. Long folding wings and the characteristic large fin of the Short seaplanes make it quickly recognizable. In the Dardanelles campaign, it became the first plane to sink an enemy ship with a torpedo when a Short 184 attacked a Turkish steamer on 12 June 1915. The weight of a torpedo, however, severely limited the plane's range and operating conditions. More often the Type 184 ran patrol, bombing, and even anti-Zeppelin missions, including the Battle of Jutland.  While most served in the North Sea and from seaplane-carriers, a few were sent to Mesopotamia in February 1916. As the war progressed, the original 225hp Sunbeam engine was replaced with more powerful Sunbeams and Renaults.

This model comes in several scales.  The 1:144 model represents an early Short 184 with the 260hp Sunbeam Maori engine and a 4x 100lb bombs.   The 1:285/6mm/1:288 model represents a mid-war Short 184 with a 260hp Sunbeam Maori (bombs are too small to add, though).  At that scale, a detachable propeller disk is provided at that scale rather than propeller blades.

For more information and gaming details on the Short 184, see https://linen.miraheze.org/wiki/Short_Type_184. 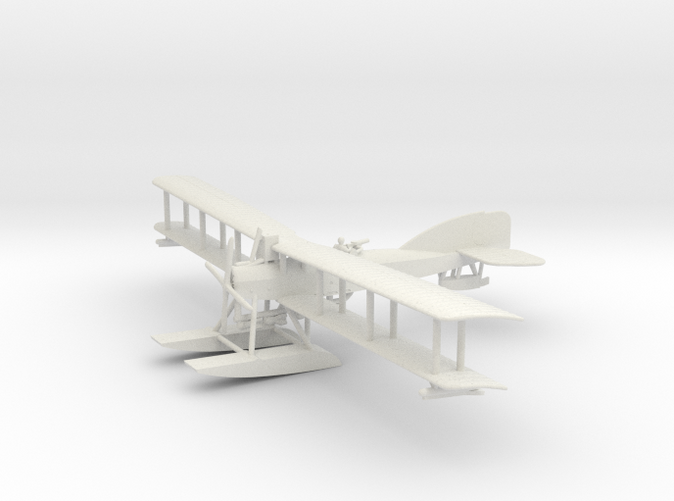