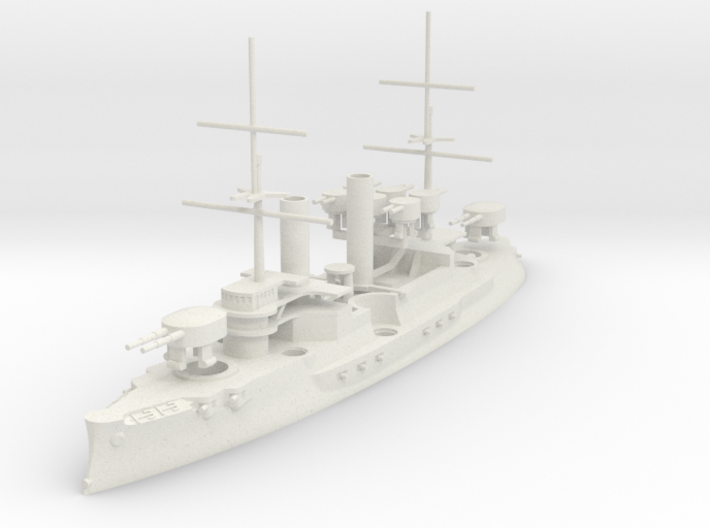 The most widely-produced type of battleship in the Russian Navy was the Borodino-class, named for the Battle of Borodino.  Five ships were built and entered service in 1904, only to be rushed to an early grave in the Russo-Japanese War.  At the Battle of Tsushima, three were sunk and one was captured, renamed Iwami, and used for target practise.  The fifth, Slava ("Glory") went on to serve in World War I, when it was sunk at the Battle of Moon Sound by the dreadnought SMS König.  The short, embarassing existence and strange hull design are the main reasons that noted naval historian Antony Preston considers this to be one of the worst batteship designs ever built.  Then again, I suppose that's to be expected when Russians attempt to copy the French.

The 121-metre, 14 000-tonne pre-dreadnoughts each carried 4 305mm guns and 12 152,4mm guns in turrets, as well as 20 76,2mm guns in the bow, centre, and stern batteries.  This particular model is not meant to be any specific ship of the class, and given the limited data I had to work with, it probably doesn't match any of them anyway.  As of this writing, it is not yet available in 1/1000 scale, but I intend to change that soon.  Furthermore, while I may have designed this as a full-hull model and then trimmed it, I cannot offer the bottom half of the hull.  I had lots of issues rendering it, largely due to a severe dearth of data, and I have no way of fixing the problems at the stern.  I've already had one request for the bottom half of the hull, and I'd like to avoid disappointing more people.

I offer the file for a 1:1800 scale model with all turrets fixed in place.  If you are interested, you can find it here:
https://www.wargaming3d.com/product/borodino-class-battleship/ 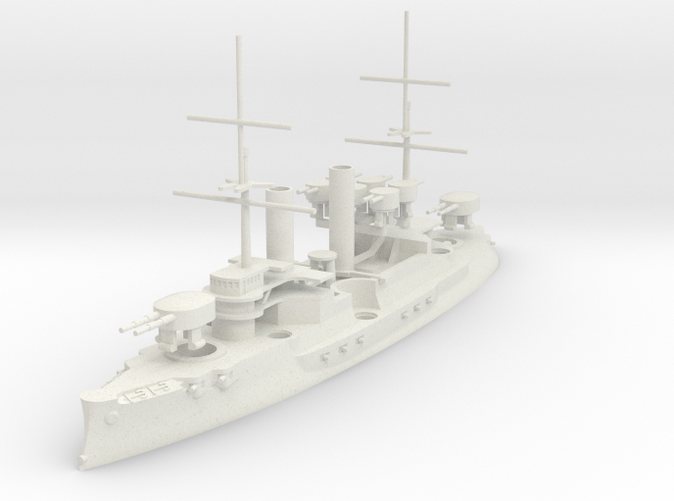 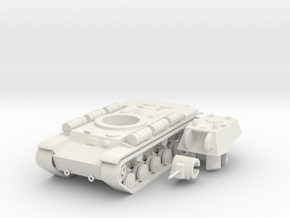 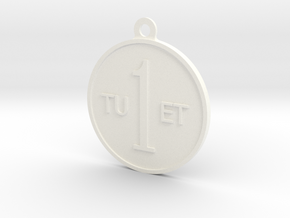