Designtech Architects & CGI
$97.58
Ships as soon as 12 days
3D printed in plated in nickel for a silvery hue then polished to a mild sheen with visible print lines.

King,Queen,Bishop,Knight,Pawn,Rook.
The king (♔,♚) is the most important piece in the game of chess. The object of the game is to threaten the opponent's king in such a way that escape is not possible (checkmate). If a player's king is threatened with capture, it is said to be in check, and the player must remove the threat of capture on the next move. If this cannot be done, the king is said to be in checkmate, resulting in a loss for that player. Although the king is the most important piece, it is usually the weakest piece in the game until a later phase, the endgame. Players cannot make any move that places their own king in check.White starts with the king on the first rank to the right of the queen. Black starts with the king directly across from the white king. The white king starts on e1 and the black king on e8.

A king can move one square in any direction (horizontally, vertically, or diagonally) unless the square is already occupied by a friendly piece or the move would place the king in check. As a result, opposing kings may never occupy adjacent squares (see opposition), but the king can give discovered check by unmasking a bishop, rook, or queen. The king is also involved in the special move of castling. 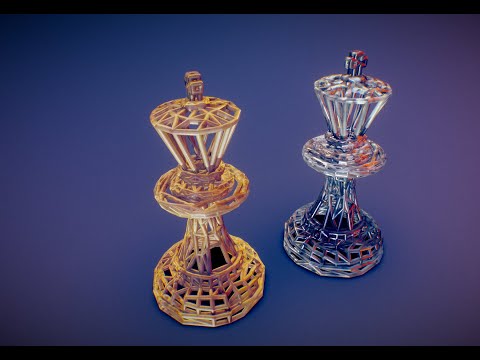