cunicode
$24.77
3D printed in fully colored material with a coarse finish and a delicate feel.

This is Jana, a teleported teddy.
She just got 3D-Scanned, poly-abused and texturized.

The primary aspect of Arlecchino was his physical agility. While generally depicted as stupid and gluttonous, he was very nimble and performed the sort of acrobatics the audience expected to see. The character would never perform a simple action when the addition of a cartwheel, somersault, or flip would spice up the movement.

Jana is 1.5in tall (38mm); perfect for sitting on your desk watching you surf the interwebs.
She is cool, just take some photos every now and then, and she'll be happy.
Jana loves music, loud and noisy if possible.

3D-Printed in full color, a very nice material with a sandstone finishing,
Get some of them, and they'll entertain themselves.

What's in the box:
Jana | Harlequina 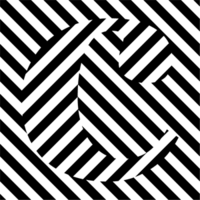