OVERVIEW: The product is a hollow 3D terrain model of Ben Nevis (highest mountain in Scotland and the British Isles) based on Ordnance Survey elevation data, draped with a British Geological Survey 1:50,000 geological map image.  The 3D model has been updated to so that the newly measured height of Ben Nevis is referenced, but the photos of the model above have not yet been updated. It is an ideal gift for a mountain walker, mountain lover or a map or geology enthusiast. The model can be put on display as an eye-catching ornament or memento that will be sure to be a conversation piece. It could also be a useful tool for a geography or geology teacher who wants to demonstrate how 3D terrain relates to bedrock strata, faults, folds and artificial features. The vertical scale of the model has not been exaggerated and the model is therefore is completely accurate to scale. The 3D model is aligned to the UK National Grid with the 1 km grid lines etched on the bottom of the walls of the model. In addition to Ben Nevis, the model also features surrounding peaks such as Càrn Mòr Dearg, Càrn Dearg Meadhonach and the two Càrn Deargs (NW and SW). SURFACE DETAIL: Upper surface: Geological map showing and labeling the rock type (with BGS LEX codes) of bedrock strata as well as artificial features and linear features such as faults, folds and mineral veins. Underside: labelled grid lines, the names, positions and heights of the Munros and Munro Tops, a compass arrow indicating the North direction and an acknowledgement to the Ordnance Survey for the map imagery with their copyright notice North wall: the scale of the model East wall: the name of the main peak in both its anglicised and Gaelic forms and its height in meters and feet South wall: the branding "Mountain Shapes" West wall: an acknowledgement to the Ordnance Survey for the elevation data with their copyright notice SPECIFICATIONS: Horizontal scale: 1:50,000 Vertical scale: 1:50,000 Material: Full Color Sandstone - a hard brittle plaster-like material with a granular look and feel. The model could be damaged if dropped onto a hard surface, knocked by a hard object, exposed to water, heat or strong sunlight for prolonged periods. Size of area modelled: 3 km x 6 km (60 mm x 120 mm in model) Thickness of walls: 2 mm Volume of material: 23.5 cc Weight of model: 40 g Grid reference of centre of model: NN 16500 73000 (216500, 773000) Source of elevation data: Ordnance Survey OpenData Terrain 50 Elevation sampling interval: 50 m (1 mm in model) at the centre of 50 m grid squares with interpolation from neighbouring samples at the edges of the model which are on grid lines, 25 m (0.5 mm in model) from nearest sampled elevations Maximum elevation: 1,345 m (26.9 mm in model) Minimum elevation: 154 m (3.1 mm in model) Source of map imagery: British Geological Survey DiGMapGB-50 1:50,000 scale geological map Source of mountain attribute data: The Database of British and Irish Hills KEY: A key to the BGS geological map can be viewed by clicking on the small "Legend" image just underneath the rendering of the model at the top of this page. The first part of the code in the key (before the hyphen - which is also the code shown in the labels on the surface of the model) is the LEX code used in the BGS Lexicon of Named Rock Units database and the second part of the code (after the hyphen) is the RCS code used in the BGS Rock Classification Scheme. More information can be obtained by entering the appropriate codes in the following web pages: BGS Lexicon of Named Rock Units BGS Rock Classification Scheme 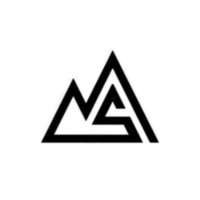