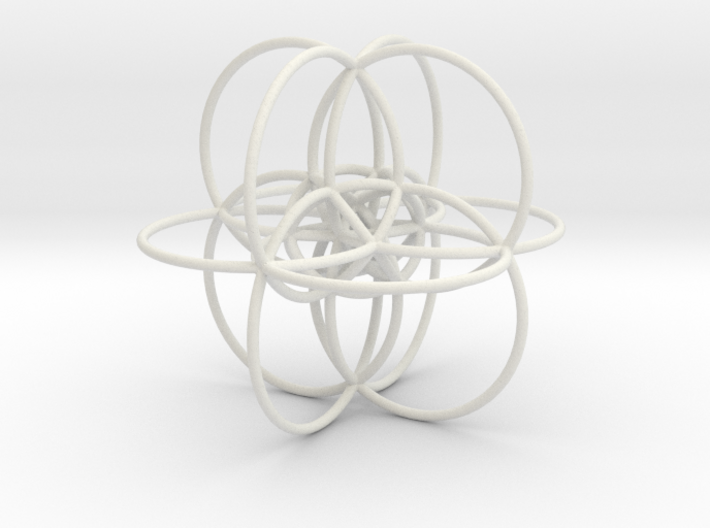 This is a wireframe model of a stereographic projection into 3 dimensional space of a regular 4 dimensional regular solid, or 4-polytope, called the 24-cell or octaplex, which has been projected on to the unit hypersphere. The 24-cell (also called the icositetrachoron, polyoctahedron, or hyperdiamond) is the four dimensional analogue of the octahedron, a regular 3D Platonic solid. It has a Schläfli symbol {3,4,3}, which means that the polygon faces of the cells have 3 equal sides, meeting 4 at a vertex, to form an octahedral cell, 3 of which meet around each edge in 4 dimensions. The boundary of the figure is 24 octahedral cells. All together, the octaplex has 96 triangular faces, 96 edges, and 24 vertices. The vertex figure (the shape exposed when a 4D corner is sliced off) is a cube, with 6 octahedra meeting at each vertex. The 24-cell is self-dual. It is one the the 6 regular convex polychora (a 4 dimensional regular polytope is also called a polychoron). Since the edges of the octaplex have been projected to the hypersphere, where they are all part of great circles , or equators, and circles are preserved in stereographic projection, the projected model is composed entirely of circles (16 of them, consisting of 6 edges apiece). The lengths of the edges are not preserved in this projection, but the angles between them are. The 'wires' have been increased in thickness to 1.61mm for better printing and shipping. 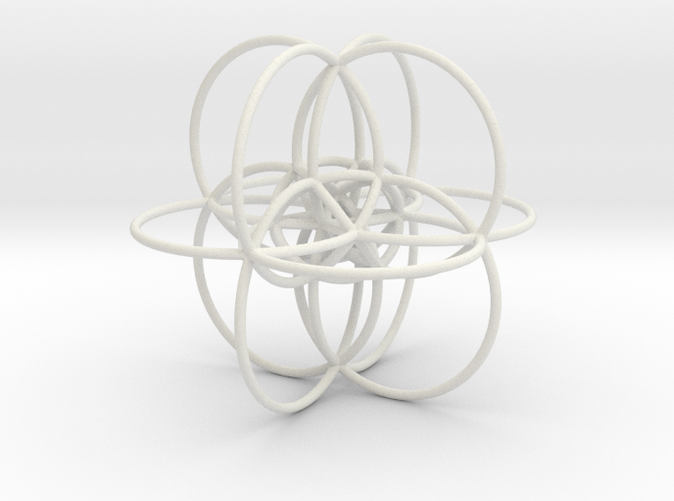 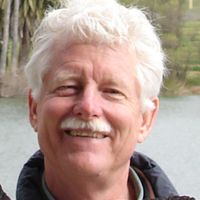 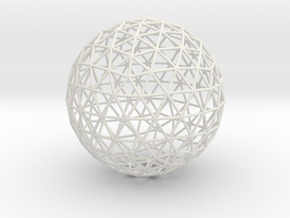 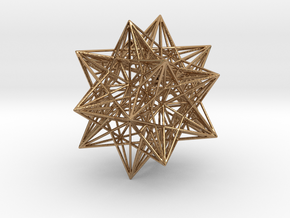 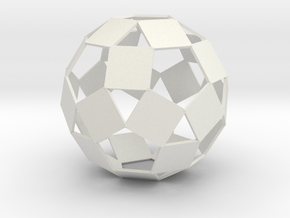 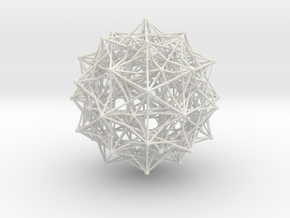