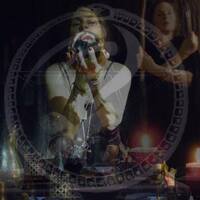 By Sahjaza
Temple House Sahjaza, and eclectic pagan based group of intellectuals and artists
Send Message Sahjaza ~ The Name Sahjaza is Sanskrit
Sahjaza ~ Together Born, a Term Denoting the fact that the Transcendental Reality and the Empirical Reality are not Truly Separate, but Coexist, or with the Latter, Being an Aspect or Misperception of the Former, often Rendered as Spontaneous or Spontaneity, the Sahjaza State is the Natural Condition, that is, E, nlightenment, Realization, Awakening.
We are a group of like minded individual; artists, authors,photographers, models, crafters, and all aspects of the arts, We are involved in and  interested in conservation and caring for the world around us. #sahjazaprojects
Visit our website at Templehousesahjaza.net
Balance, Unity, Twilight!

Temple House Sahjaza was created by, Goddess Rosemary, and others and formally started, June 3 1976, and has continued onto today.