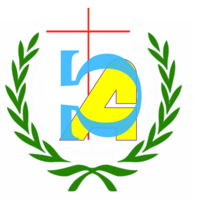 By Alpha & Omega Industries
I make 1:1 scale real-steel fully funtional replicas  that are historically accurate, and fictionally accurate if based on a work of fiction.

All my items are for real and useable.

My items are based on history and fiction.

I love Jesus, He is risen, He is lord, the  Bible is spiritually true and historically corect, and I love three 3D printing and design.  I believe in a certain way of life and I  believe that neither God, chivalry, nor heroes are dead. I began my journey with an idea:  to take the ideas in my head and build them into livable, working, 1:1 scale fully functional, real items.

I think historical things are just as useful today as they were 1000 years ago. I think that we can take historical things and use modern materials and understanding to make them better. We can use insights from the genius of ancient man to improve modern designs.

- 100% as solid, as accurate, and as useful as the real deal.  But not heavy clunky or awkward.

I don’t just want to make the outside details of an item, I’m also looking at the interior components to make sure that it really works and is functional, not just a display piece.  I design with the user in mind, and for ease of assembly using common materials .

My works are inspired by historical items, works of fiction, and my own creativity.

I believe that humanity is humanity: we are the same as ever we have been since the fall.  In all of human history only Jesus has ever changed the nature of the game or succeeded in changing human nature and society itself. He is still working to spread that change from Heaven.

He has been changing it for the better and redeeming it ever since humanity Fell.  God created us and everything to be good, we messed that up. He’s been working to fix it, and the most important thing he’s done is that he came and lived among us, lived a sinless righteous life and died for our sins.

Three days later he came back to life; he rose from the dead - the resurrection of Jesus.  If you believe in him come if you believe this message, call on his name and accept him as Lord and Savior in your heart, because you know you need him and you want him to save you, if you confess with your mouth that Jesus Christ is Lord he believe in your heart that God raised him from the dead, you’ll be saved. If you’ve knowledge that he is the son of God is in us fully mentally God he died persons came back to life to save you.   Then you asking to be a Lord and to forgive you for your sins. For all your sins. Ask him to forgive you and tell him that you want to start living for him.

then you will be saved.  Just like that. It’s just a decision, A believe, A desire, A decision,  A conference in knowledge that it is true. It is alive and he’s out there and he has supernatural and soon as you do what I said, will make him self known.

It’s not a ritual it’s a choice that you make at some point in your life, it’s a choice based on repentance and belief.  That’s all God requires, He does the rest.

The valuable items and innovations of ancient man are just as useful, helpful, needful, and impressive today as they were 2500 years ago.