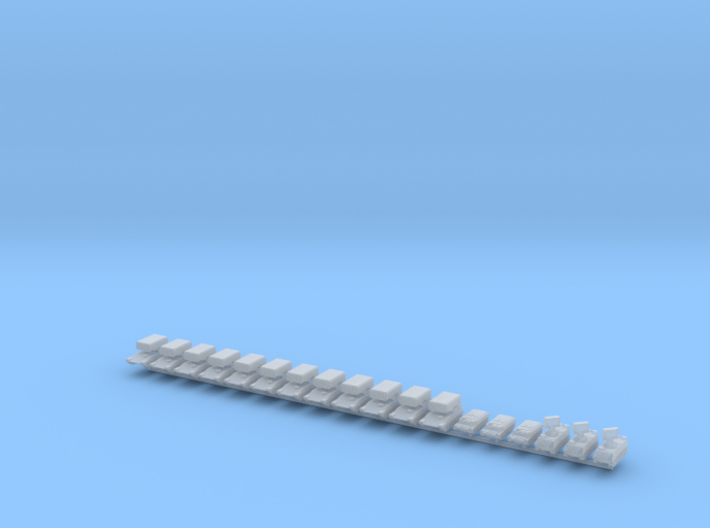 This model kit is in 1/700 scale. The single sprue is connected by wires under the vehicles. It includes: 12x TOS-1 Multiple Rocket Launchers, 3x MT-LB and 3x PPRU-M1-2 Command Center vehicles.

According to Wikipedia: "TOS-1 (English: Heavy Fire System) is a Soviet 220mm 30-barrel (original system, Ob.634 or TOS-1M) or 24-barrel (Ob.634B or TOS-1A) multiple rocket launcher and thermobaric weapon mounted on a T-72 tank chassis. TOS-1 was designed for defeating enemy personnel in fortifications, in open country, and in lightly armoured vehicles and transport. First combat tests took place in 1988-1989 in the Panjshir Valley during the Soviet war in Afghanistan. The TOS-1 was shown for the first time in public in 1999 in Omsk." 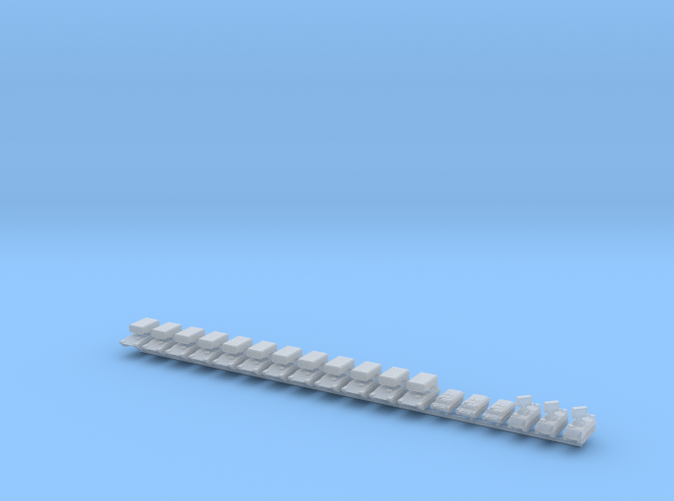