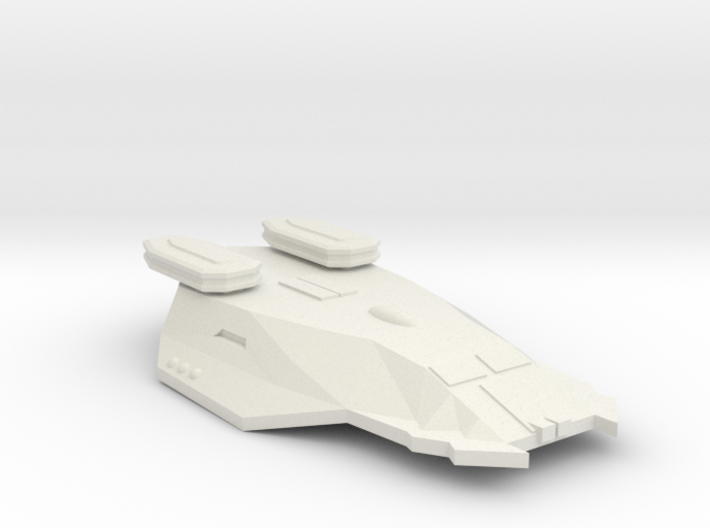 The Zosmans migrated to the Phi Sector of the Milky Way from another galaxy, settling close to the immense Void separating the Omega and Sigma Octants. They took a slow and methodical approach to colonization, spending a decade or so building up each colony world before starting work on the next one. They had a new home world and 12 colony planets operational (with a 13th colony in the works) when the Cataclysm, a “galactic weather phenomenon,” swept through Zosman space and devastated their civilization. The Cataclysm irrevocably shaped Zosman society thereafter. The Zosman home world managed to re-contact eight of the original colonies to form the Zosman Collective, which went on to found three new “worlds of the outer core.” The five outermost colonies remained independent, becoming the “Marauder worlds.” Determined never to suffer another Cataclysm, these disconnected worlds sent the Marauder cells across the Omega Octant, which launched their first attacks in Maesron and Probr space during the Second Cycle.

Anywhere between 12-20 Marauder cells would be active at any given time. These cells used Syndicate bases (akin to Alpha Octant fleet repair docks) to support their operations, as well as long-range Fence cruisers (each the size of a heavy cruiser) to maintain long-range contact with their home Marauder worlds. Officially, the Zosman Collective condemned these “pirate” activities, yet benefited indirectly from these ill-gotten gains nonetheless (through increased trade between the Collective and the Marauder worlds). Over time, some Marauder cells offered their services as mercenaries. Notably, the Zosmans and Bolosco possessed a ferocious enmity towards one another, while the Zosmans and Iridani soon developed a bitter rivalry of their own. The greatest threat to the Marauder and Collective worlds over in the Phi Sector would arise during the Andromedan and Souldra invasions of the Sixth Cycle, which would see a number of planets devastated and/or sterilized by the invaders.

All Zosman ships, bases, shuttles, fighters, and gunboats are designed around the ubiquitous Stealth field, the key piece of technology which makes Marauder operations possible. Tactically, the Stealth field greatly reduces the range at which a Zosman unit can be detected, allowing them both to ambush target convoys and colonies and to hide their Syndicate bases in deep space. Even within this reduced detection range, it obliges both the Zosman ship and its opponent to act as if they are operating under passive fire control. The Stealth field requires a significant amount of warp power to operate, however, slowing Zosman ships in combat. Operationally, the Stealth field allows them to travel across hostile territory without being detected, though large movements of ships may be inferred through indirect means. The Maesrons would find ways on occasion to counteract the effects of the Stealth field, only for the Zosmans to refine the technology and shroud their operations once more.

As for Zosman warships themselves, these are designed to make use of weapon and system modules, providing them with a high degree of flexibility. Weapon modules each possess a pair of centerline adjacent option mounts, which can be equipped with a variety of phaser or heavy weapon types. System modules may be placed in slots designed for weapon modules, but not vice versa. Zosman ships also possess phaser option mounts. Each Marauder cell draws the bulk of its phasers and heavy weapons from the local empires it operates within. The Zosman Collective and the five Marauder colonies settled on a standardized set of Maesron-sourced weapons: wide-angle phasers, tachyon guns, and/or tachyon missiles. Zosman ships tend to have a high degree of agility, enough cargo space to make off with items looted from their targets, a large number of Marine squads, and the ability to land on planets. They also captured samples of Federal Republic of Aurora shuttle bomb technology and reverse-engineered it for widespread use, though they did not fully keep pace with the Aurorans’ later refinements to this weapon type.

The more commonly encountered cruiser type of the first wave of Zosman Marauder ships, the light cruiser has room for one weapon and two system modules, or as many as three system modules if no weapon module is taken. In addition, it possessed two sets of three phaser option mounts to port and starboard, plus six admin shuttles (some of which may be swapped out for pairs of shuttle bombs from the Third Cycle onwards). Ironically, the limitations of Middle Years Zosman warp technology were such that this ship was no faster tactically than its hated Bolosco counterpart, the Guild Cruiser. However, once the Zosmans developed improved warp engines capable of fighting at Warp 3.14 during the Fourth Cycle, a number of light cruisers would be encountered with these more powerful warp engines installed. 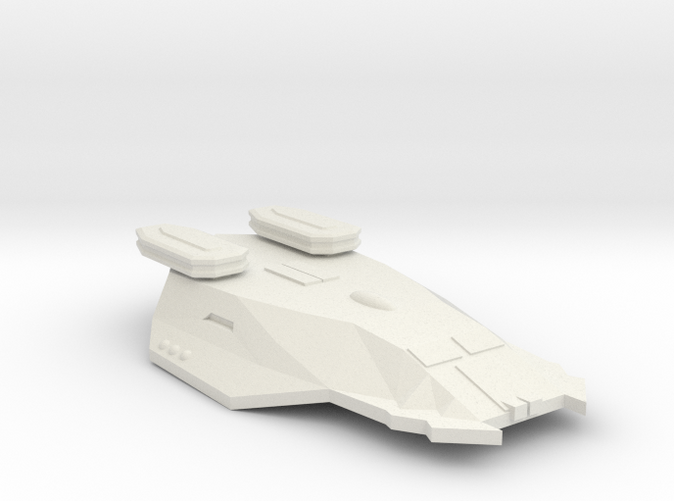 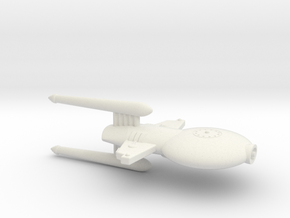 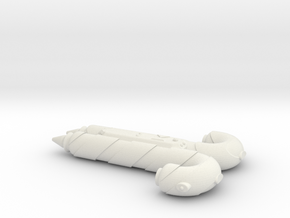 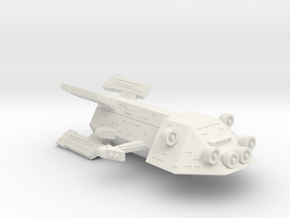 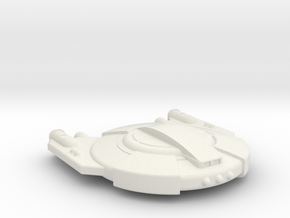