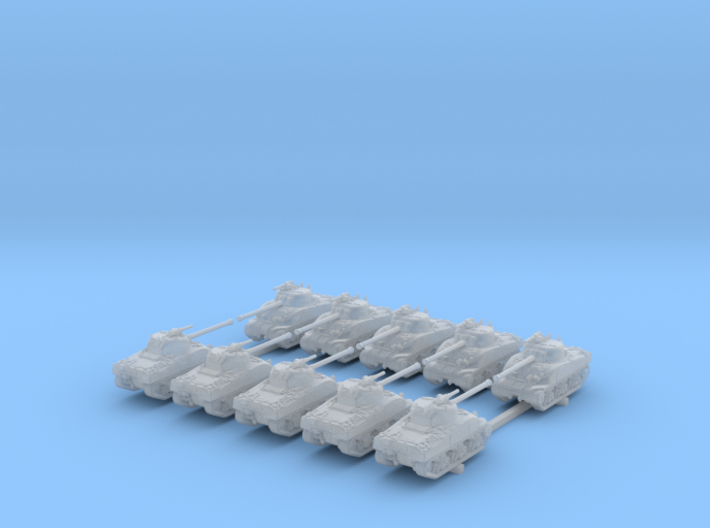 1/400 scale British Sherman Firefly Tank (10), ideal for the Heller Landing Craft Set. Soon available in other scales. Watch out for other British Tanks of WW2.The Sherman Firefly was a tank used by United Kingdom and some Commonwealth and Allied armoured formations in the Second World War. It was based on the US M4 Sherman but fitted with the powerful 3-inch (76.2 mm) calibre British 17-pounder anti-tank gun as its main weapon. Originally conceived as a stopgap until future British tank designs came into service, the Sherman Firefly became the most common vehicle mounting the 17-pounder in the war.

Though the British expected to have their own new tank models developed soon, British Major George Brighty championed the already rejected idea of mounting the 17-pounder in the existing Sherman. With the help of Lieutenant Colonel Witheridge, and despite official disapproval, he managed to get the concept accepted. This proved fortunate, as both the Challenger and Cromwell tank designs experienced difficulties and delays.

After the difficult problem of getting the gun to fit in the Sherman's turret was solved by W.G.K. Kilbourn, a Vickers engineer, the Firefly was put into production in early 1944, in time to equip Field Marshal Montgomery's 21st Army Group for the Normandy landings. It soon became highly valued as one of the only British tanks capable of defeating at long range the Panther and Tiger tanks it faced in Normandy. In recognition of this, German tank and anti-tank gun crews were instructed to attack Fireflies first. Between 2,100 and 2,200 were manufactured before production wound down in 1945. 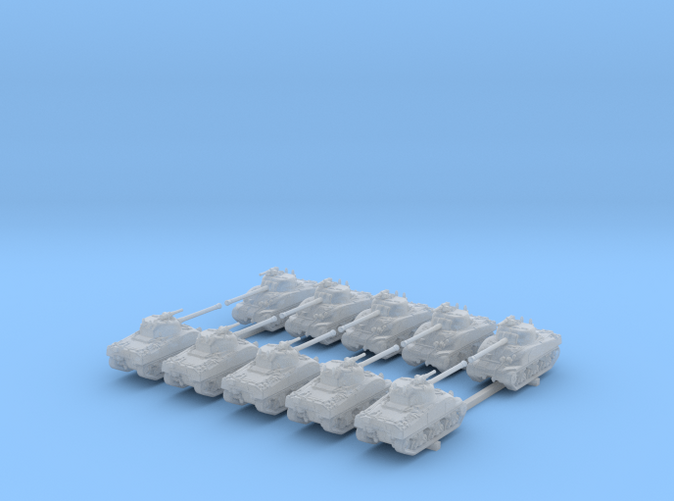