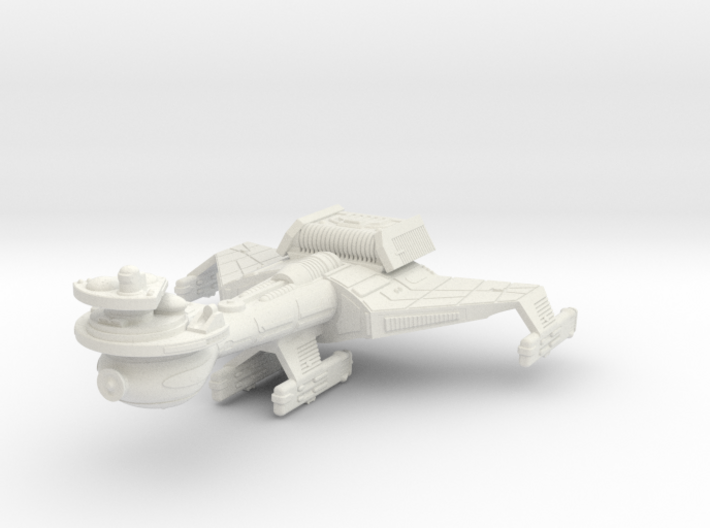 Begun during the General War but finished just after it ended, the two B10s were the only battleships built in the Milky Way. (Three more were never finished out of a planned series of nine.) Other empires studied such huge designs and found them impractical. When facing the Andromedan invasion, the B10 was the only ship able to stand up to a Dominator and win, making the other empires regret their decision that battleships were not worth building. More than twice the size of a D7K, the ship mounted a massive arsenal of 10 disruptors, eight drone racks, and 21 phasers, not to mention the eight fighters it carried. The B10K was the "killer" variant of the B10, the late-war fully refitted design with phaser-2s upgraded to phaser-1s and the drone racks upgraded to larger capacity, faster launching, and multi-munition types. It was the most powerful expression of the B10 itself. It carried eight Z-Y advanced fighters. This ship is also available as a kit that needs some assembly. 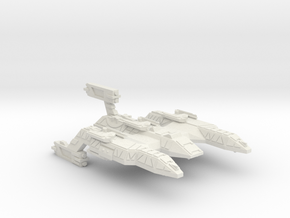 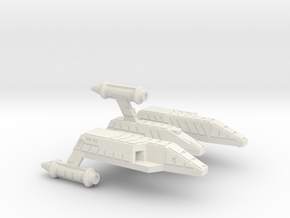 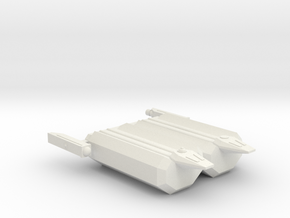