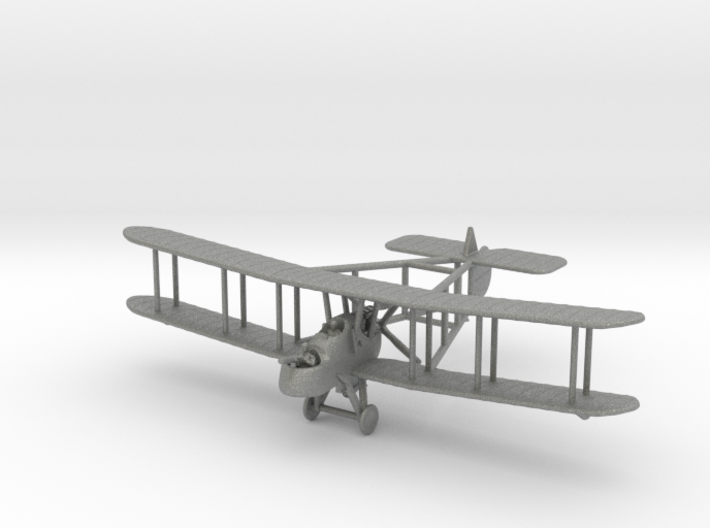 The R.A.F. F.E.2b was one of the great aeroplanes of World War I, taking on a variety of roles from 1915 through the Armistice. While the R.A.F. F.E.2a had struggled due to the low power of its Green engine, a better match was found in the 120hp Beardmore, and the F.E. with that engine was designated the F.E.2b. The wings were also redesigned for this model rather than using the same wings as the R.A.F. B.E.2c. Though the first arrived in France in May 1915, by September No.6 Squadron still only had four on hand, and only thirty-two had been delivered by the end of 1915. Production increased in 1916.

On many planes a second Lewis gun was mounted on a telescoping pole between the cockpits to allow the observer to stand and shoot over the top wing, thereby covering a pusher's greatest blind spot.

In addition to reconnaissance and fighter roles, the F.E.2b was used as a night fighter, a light bomber, anti-submarine patrol, and a home-defense plane. It was the ultimate workhorse and proved useful long beyond its peak days in 1916.

In 1:144 this is a late-production F.E.2b with eight 20lb Cooper bombs and one 230lb bomb, a vee undercarriage, four-bladed propeller, and offset gravity fuel tank.  Models with the oleo and Trafford-Jones undercarriages are also available.

In 1:285/6mm/1:288, two aeroplanes are included, joined by disposable links.  In Detail Plastic they include propeller disks, which you can keep or snap off as you like.  One plane has the oleo undercarriage and the other the vee. 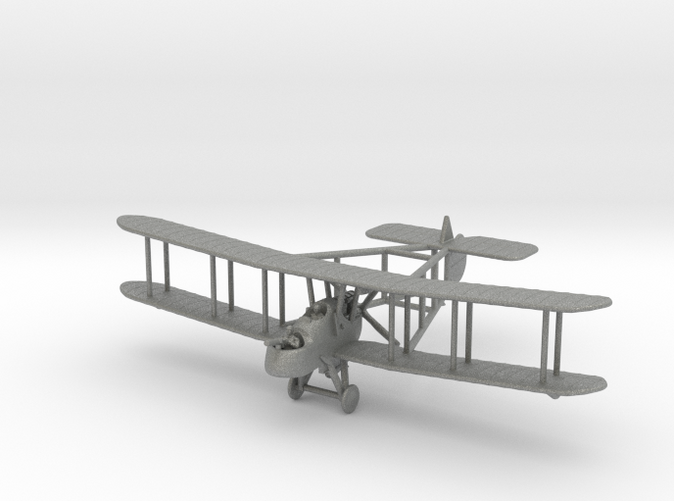