It is the age of the Anachron Legions - when war has torn civilization asunder, and new empires rise from the ashes, their mighty Legions wielding powerful and ancient weapons from before the fall of man in a new struggle for control of a shattered, desolate planet.

Some say the Greenskins are the mutant descendants of supersoldiers who fought for the Old Nations, before The Fall. Others say they were once normal men, now swollen and disfigured by radiation into hulking brutes.

While no one knows the Greenskins exact origins, none would doubt their ingenuity and savage cunning. These deadly Fighta-Bombas deliver proof of that in the form of Auto-Kannon shells and Not-So-Big Bombs hammering down on human forces. Despite their crude appearance, these Fighta-Bombas are equally at home dogfighting nimbler human aircraft, relying on rugged construction and raw killing power to win the day. 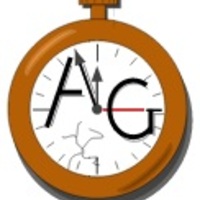