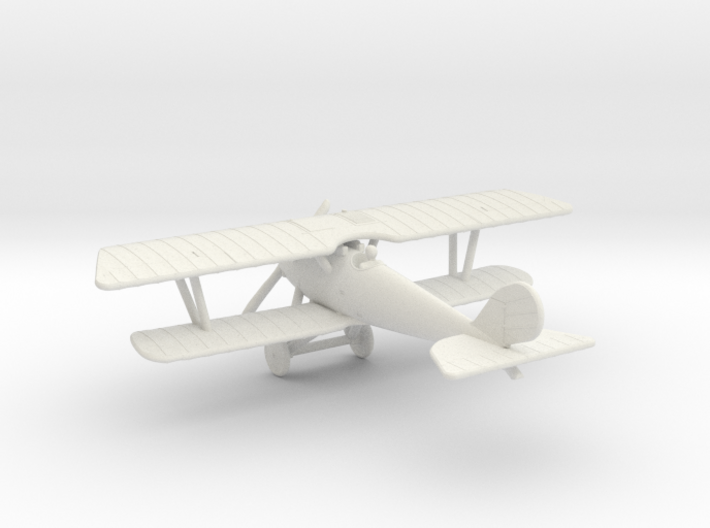 The Pfalz D.IIIa was an improved Pfalz D.III with a larger tailplane and round lower wingtips for increased efficiency.  Perhaps most importantly, the twin guns were moved to the fuselage deck where they could be more easily aimed and cleared in case of a jam, unlike the D.III in which the guns were buried in the fuselage.

Though overshadowed by the late Albatros and Fokker fighters, about 25% of the fighter strength at the front lines in April 1918 was Pfalz D.IIIa's (by then the D.III had dwindled to only a handful). By that date the D.IIIa was starting to phase out of production, and only a few were built in May, including a batch intended for Turkey with modified radiators.

This model comes in both 1:144, 1:200, 1:285/6mm/1:288 scales.  The 1:285 scale product has two aeroplanes, each with a detachable, translucent propeller disk rather than propeller blades (since they are hard to print at the smaller scales).  They are joined by disposable links to keep the price down, since single-part models are more affordable.  You can break the links with nail clippers, wire cutters, or similar.  The 1:200 product has no propeller blades. 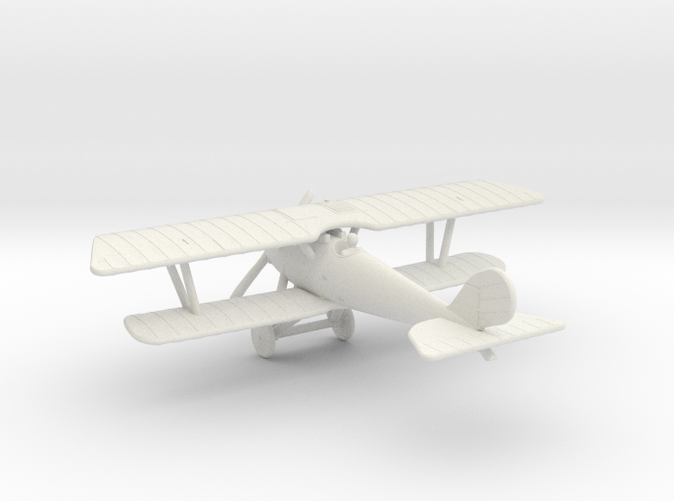