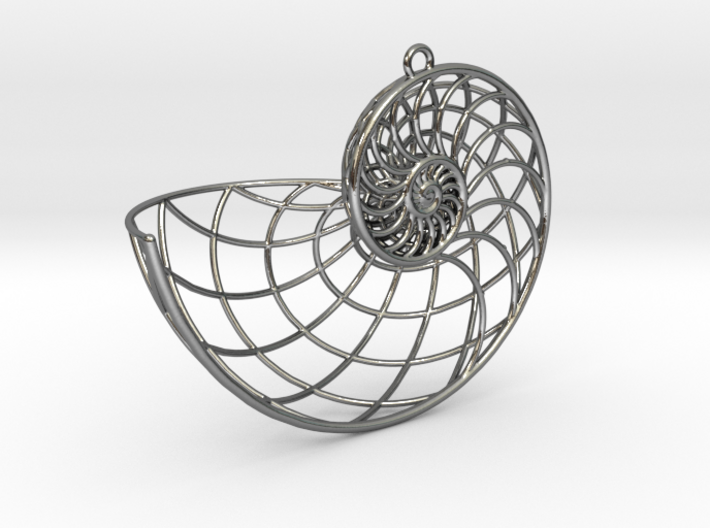 A pendant inspired by the shell of a Nautilus (Nautilus belauensis).

The shape is that of a Logarithmic Spiral, also known Equiangular Spiral or Growth Spiral, and called as Spira mirabilis, "The marvelous Spiral" by Jacob Bernoulli. In this curve, unlike in an Archimedean Spiral, the distances between turnings increase in a geometric progression.

This product was entirely modelled mathematically, by winding eleven strands four times around a surface formed by a circle tangent to the z axis and whose radius grows in an exponential ratio as it revolves four full turns. The solid was then cut in half to appreciate the beauty of the logarithmic spiral and semicircles were added to simulate the characteristic chambers in these types of cephalopods.

Want to get a set?
Be sure to check out my Conchoid Earrings that match this pendant.

What's in the box:
Nautilus Pendant 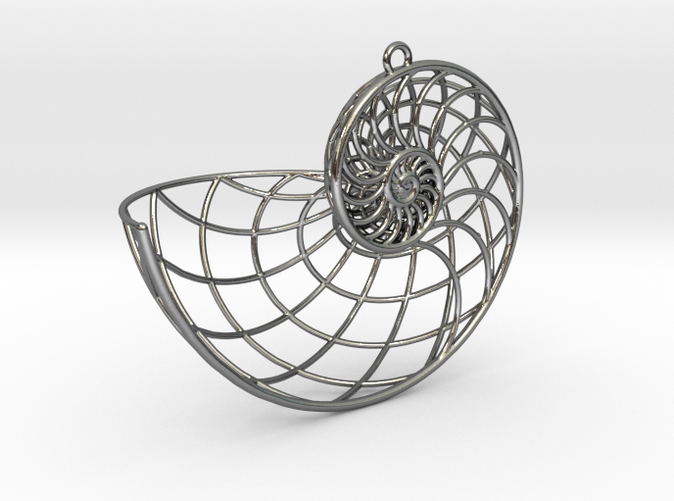 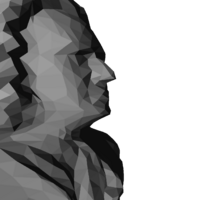 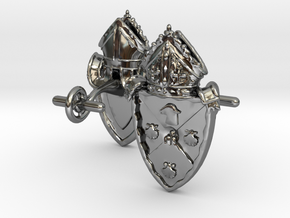 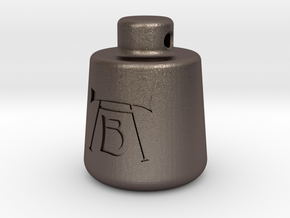