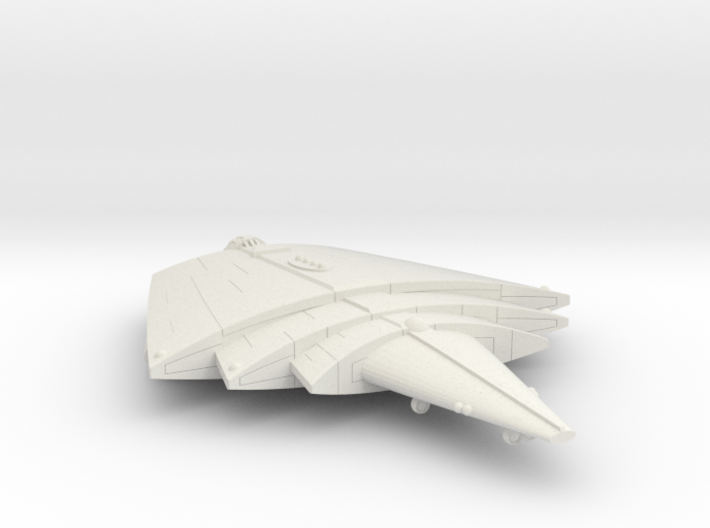 The Omega Octant is east of the Alpha Octant empires seen in the Star Fleet Universe (beyond the Inter-Stellar Concordium), on the other side of a galactic void. That void is a dead zone where life is impossible and ships fall apart, marking a separation between Octants. The Hivers are comprised of an insectoid species resembling outsized Terran bumblebees. Most Hiver phenotypes are approximately one-half to three-quarters of a meter long, with a one-meter wingspan for those individuals which possess wings. By stark contrast, a Hive Queen grows to perhaps 15-20 meters in length, and cannot leave her chambers without extensive effort once matured. As with the arachnid Vari Combine (prior to the Vriss unification of Vari space in the Seventh Cycle), the Hivers are divided into distinct political entities, with each hive ruled by a Hive Queen. However unlike the Byzantine degree of political intrigue within each Vari cell, each Hive Queen rules her subjects with a totalitarian degree of authority. This provides the Hivers with a near-total degree of internal political stability -- so long as the Queen is alive, at least -- yet at the cost of a lack of individual creativity.

Each Hive Queen maintains a “mental network” which establishes a latent connection to every member of her Hive. She has the ability to extend this network to communicate telepathically with other Hive Queens, and (rarely) to actively contact a single Hiver individual and recover its lifetime’s worth of information, for whom the experience is akin to divine intervention. This latter ability became crucial to the Hivers’ survival as a space-faring species prior to the First Cycle, when the Vari captured several Hiver exploration ships and, finding their crews to be inedible, put them to work as slaves. In a daring move, the Hive Queen of the exploring Hive was put aboard a ship and moved close enough to the surviving captives to make mental contact. This enabled the Hivers to adopt Vari particle technology, which was complemented by Maesron tachyon technology salvaged during the First Great War.

Alas, the ever-present Hiver mental network has a near-fatal drawback: if the Hive Queen is killed, the vast majority of her subjects opt to commit suicide rather than endure life without her. On average, no more than about 5% of a given Hive remains: some crews “go rogue” and attack all ships, Hiver or otherwise, which they encounter; others, led by a captain with a tiny spark of individuality, become pirates or raiders; yet others, seeking a new purpose, join other Hives. This fate is known to have befallen at least three Hives through to the end of the Seventh Cycle; two were destroyed when their Hive Queens were killed by the Andromedans during the Invasions, while the Unihive (formed by a Queen who fled what remained of Hiver space during the Sixth Cycle) fell when their Queen committed suicide rather than fall into the hands of the mysterious Echarri Dynasty. Remarkably, a larger than average number of Unihive survivors survived to harass the Echarri, some operating out of friendly Hiver bases; this would soon draw the Hivers at large into a broader war with the expanding Dynasty.

Hiver ships are built two sizes smaller than those of most “metal-hull” empires; for example, what they call a heavy cruiser is the size of a Maesron destroyer.  After experimenting with Vari and Maesron weapons technologies, most “orthodox” Hives settled on wide-angle phasers as their primary weapons, with the Sting torpedo, a hybrid of tachyon gun and particle beam technology, as their heavy weapons of choice. However, a number of “heterodox” Hives went their own way, adopting particle phasers, tachyon guns, and/or particle beams instead. The Hivers adopted special sensor technology into their favored jammers, and developed distinct jammer power reactors to operate them. A “command staff” of senior Hiver officers is able to function as a “mental node” in their Hive Queen's telepathic network; all Hiver-built ships possess equipment enabling them to extend this ability from its natural range of a few kilometers to as far as fifteen thousand kilometers. As with the Hydrans and Souldra, the Hivers routinely function as a “casual carrier” force, though they consider their Barb fighters to be frigates.

Despite the development of the Hiver dreadnought, which itself had been a taxing undertaking for the diminutive Hivers, a number of Hive Queens still felt that they required a unit with a higher degree of firepower to serve the fleet command role. Thus, the yet larger heavy dreadnought, perhaps akin to most “metal-hull” empires’ heavy command cruisers, was built at great expense to the Hives in question. The “orthodox” version is armed with eight wide-angle phaser-1s, four wide-angle phaser-3s, and six Sting torpedoes. Its shuttle bay may swap each of its six admin shuttles for a Barb frigate, or any pair of admins for a Barb-H heavy frigate. While it packed a greater punch than the standard dreadnought and possessed a greater power curve, its sheer expense meant that it never appeared in large numbers. However, it could perhaps be said to have been a ship ahead of its time, in the sense that most other Omega empires would take some time longer to get around to the heavy dreadnought concept themselves. 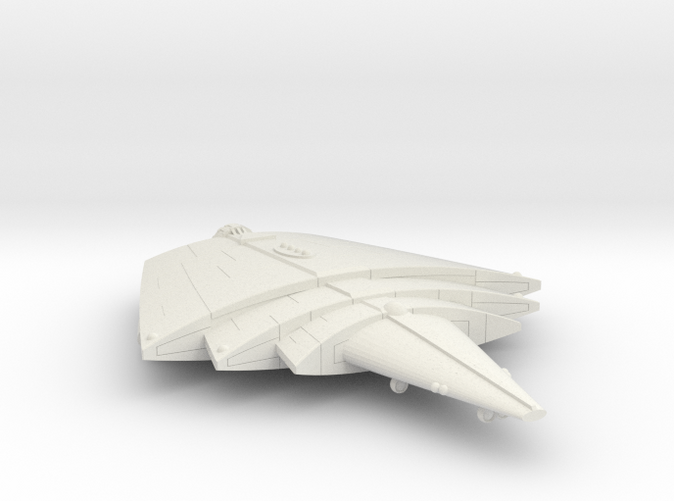 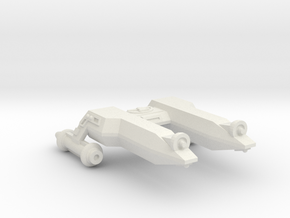 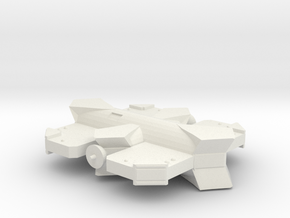 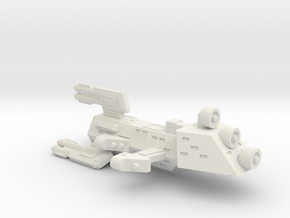