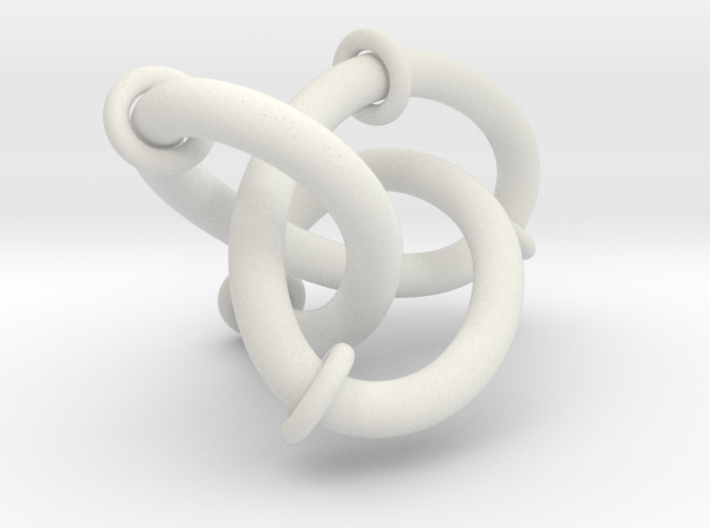 A friend suggested that my Figure Eight Knot could also be the basis for a Desktop toy like the kids toy where shapes are pushed along a wire in space. In my first attempt I put just one torus around a Figure Eight Knot with a circular cross section. I printed one, and it came out quite well, except that at one place the moving torus bumped into an adjacent part of the knot surface. A slight flexing of the knot allowed the torus to pass, but I did not want that to happen at all. Here is my second attempt, with five tori, each slightly smaller than the first one. The modified design was uploaded on July 12, 2015, and passed the Shapeways tests for printability. I bought a copy, and am completely satisfied with it now, so I will put it in my shop for sale and post a picture of it. 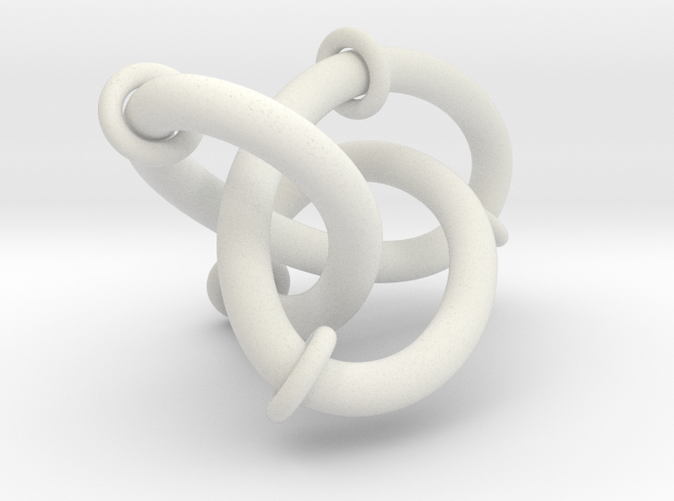 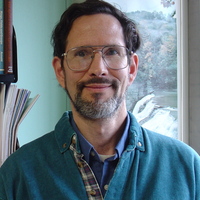