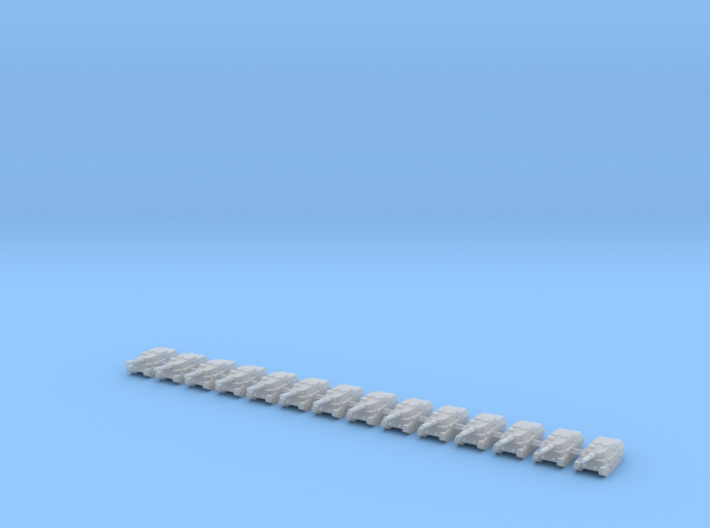 This model kit is in 1/700 scale. The single sprue is connected by wires either side of and at the rear of the vehicles. It includes: 14x Leopard 1A5 Tanks.

According to Wikipedia: "The Leopard (or Leopard 1) is a main battle tank designed and produced in West Germany that first entered service in 1965. Developed in an era when HEAT warheads were thought to make conventional heavy armour of limited value, the Leopard focused on firepower in the form of the German-built version of the British L7 105-mm gun, and improved cross-country performance that was unmatched by other designs of the era." 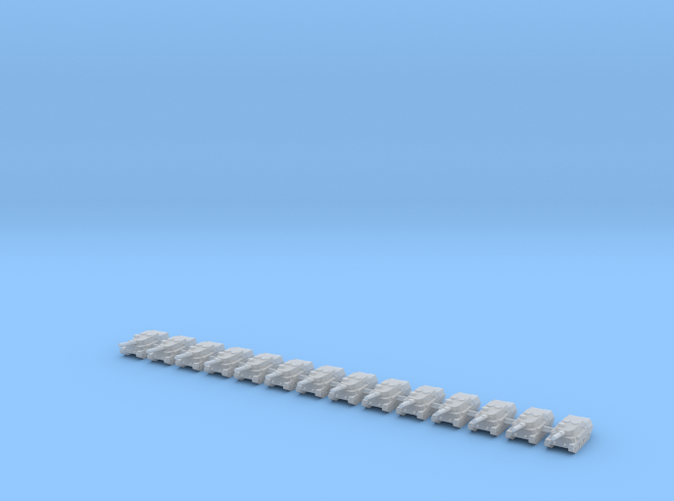 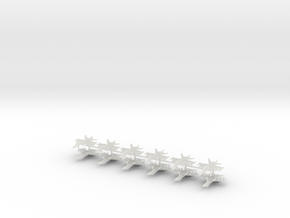 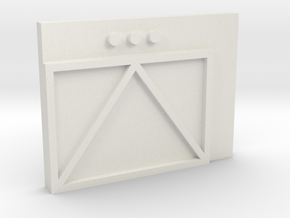 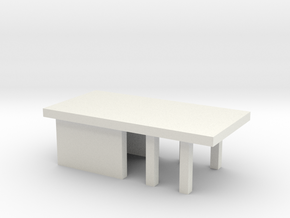 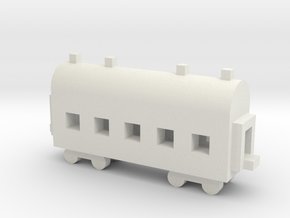