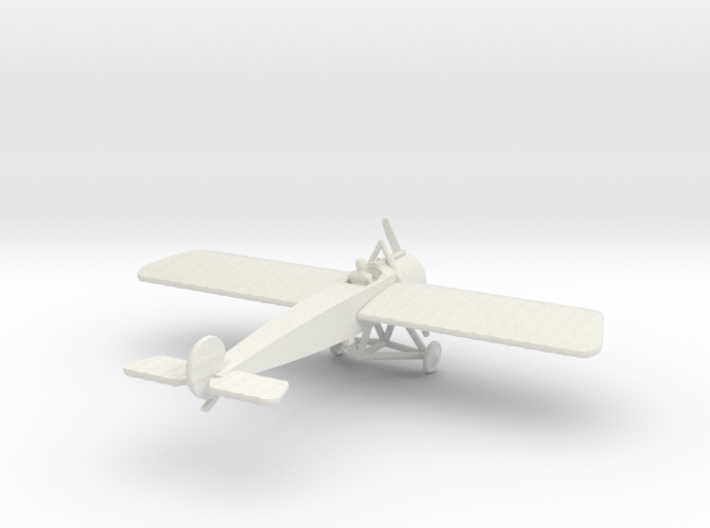 The Fokker Eindeckers were not famous for their flying qualities, they were made famous by the first synchronized gun deployed on a fighter and by the new combat tactics that innovation allowed.   The E.III was by far the most numerous type, with 249 to 282 of them built and accepted of the 415 overall.  E.I's first arrived at the front in July 1915 and were followed by E.IIs and III's in August.  They had an immediate impact, both in valuable fighter training for many German pilots and on the enemy air corps, whose pilots complained they were "Fokker Fodder".   By mid-1916 the Eindeckers had met their match in planes like the Nieuport 11, DH2, and FE2b, but fortunately for the German pilots there were intermediate replacements like the Halberstadts before the arrival of the game-changing Albatros D.I-III.

In comparison to the most common variety, the E.III, the E.II has an extended starboard cowl cheek for the cylindrical ammo canister and it lacks the wing compass.

This model comes in 1:144 and 1:285/6mm/1:288 scales.  With the 1:285 product, you get two aeroplanes, and each comes with a detachable, translucent propeller disk rather than propeller blades.  The 1:285 planes are connected by removable sprues to keep the costs down. 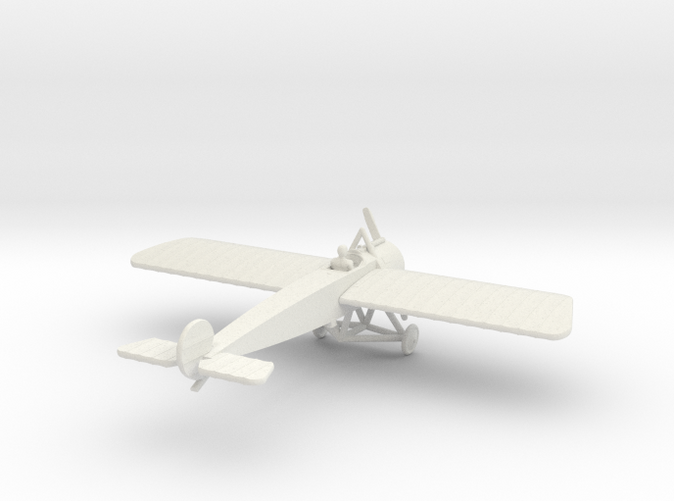