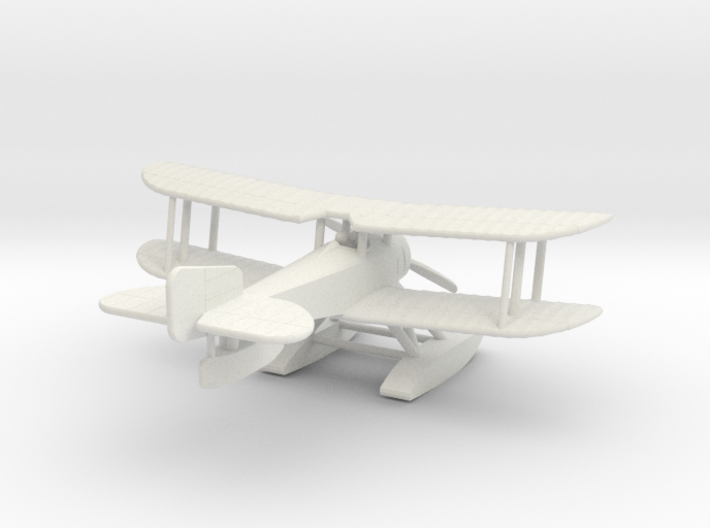 One of the problems encountered by the Sopwith Baby seaplane was generating sufficient lift at takeoff while carrying a bomb load. In the Fairey Hamble Baby, Fairey approached the problem by turning the trailing edges of the wings into lift-increasing flaps during takeoff and reverting them to normal aileron use while airborne. The Babys performed coastal patrol form England and Mediterranean bases as well as working from the seaplane carrier Empress.  Both the wing and tail profiles differed significantly from the original Sopwith planes.

The last batch of seventy-four machines were built as a conventional landplane and were known as the Parnell Hamble Baby Convert.

This product comes in both 1:144 and 1:285/6mm/1:288 scales.  The 1:285  product contains two aeroplanes, each with a detachable, translucent propeller disk.  They are joined by disposable links to keep the price down, since single-part models are more affordable.  You can break the links with nail clippers, wire cutters, or similar.