This is how the ship looks when assembled. 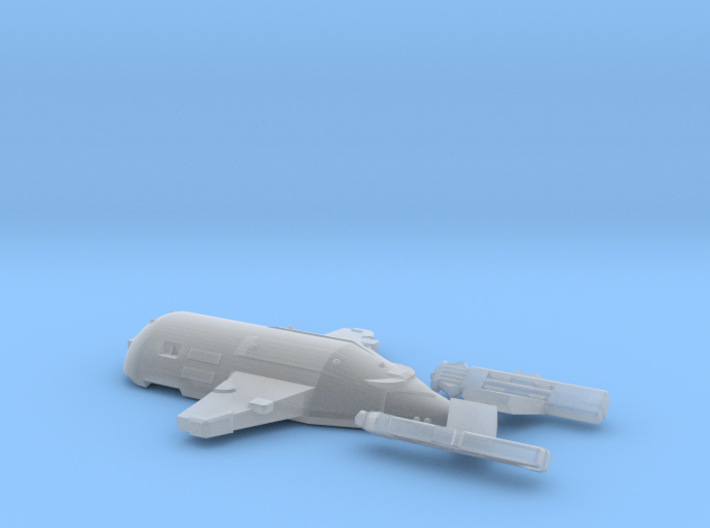 The WYN Star Cluster stands as a huge beacon at the crossroads of the galaxy. Marking the point where the Klingon, Lyran, and Kzinti borders meet, the cluster itself was long considered uninhabitable. Surrounded by a dense cloud of highly radioactive dust, it was assumed that the entire cluster was saturated with deadly radiation. All residents of the WYN Cluster are immigrants from other species and empires.

The Usurper insisted that the design of the Orca War Cruiser be created in such a way as to allow for a “stretched” design that could serve as a command cruiser. The Klingons provided D7 engines for the ship. The Federation code named the ship Carcharodon, but the design was universally known as the "Great White Shark" (which is the same thing). The two fighters were a curious feature and seem to be just a way for the Usurper (who did not have enough ships for what he was trying to do) to increase firepower, however slightly. This kit is also available as a one-piece ship. 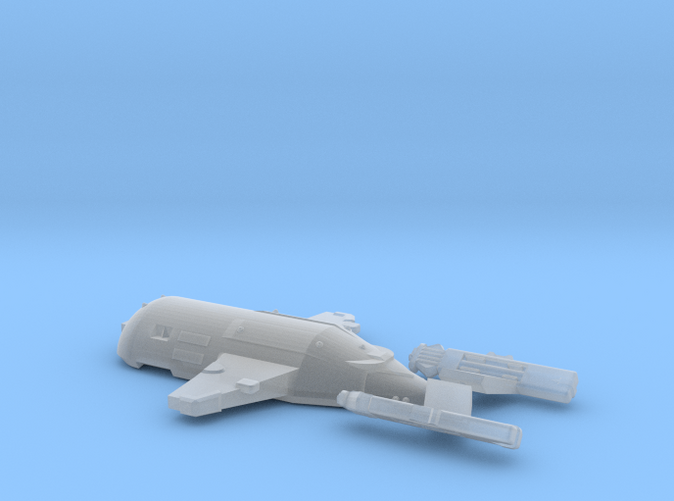 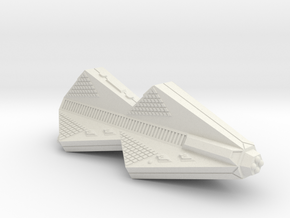 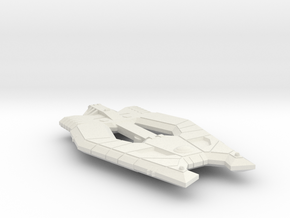 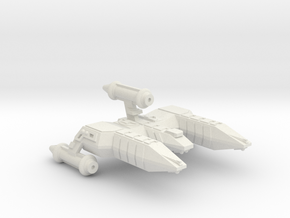 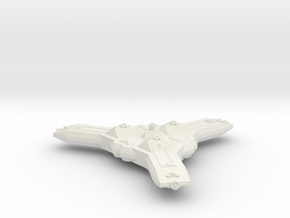