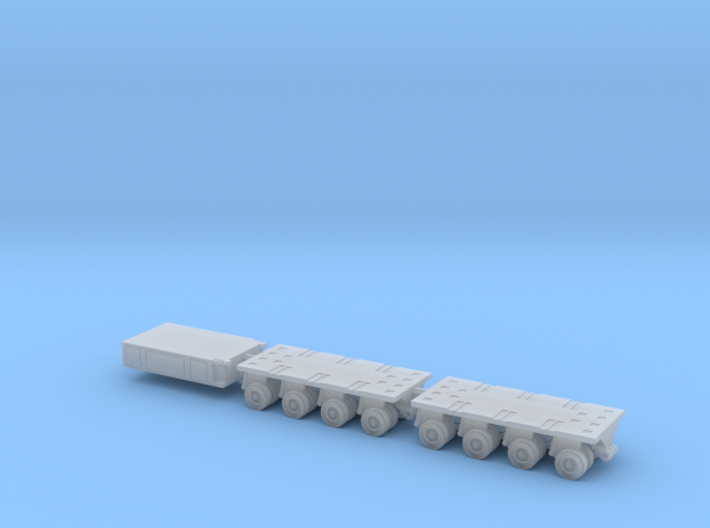 Model of a Self-propelled modular transporter or SPMT with 4 axle lines in N scale. This model can be "connected" to the SPMT 6 with the PPU,  SPMT 8, or several other SPMT-4's . This vehicle's width was designed to fit onto a flatrack container.

From https://en.wikipedia.org/wiki/Self-propelled_modular_transporter:
A self-propelled modular transporter or sometimes self-propelled modular trailer (SPMT) is a platform vehicle with a large array of wheels. SPMTs are used for transporting massive objects such as large bridge sections, oil refining equipment, motors and other objects that are too big or heavy for trucks. Trucks can however provide traction and braking for the SPMTs on inclines and descents.

SPMTs are used in many industry sectors worldwide such as the construction and oil industries, in the shipyard and offshore industry, for road transportation, on plant construction sites and even for moving oil platforms. Recently in addition, they have begun to be used to replace bridge spans in the United States, Europe, Asia and more recently Canada.

A typical SPMT has a grid of computer-controlled axles, usually 2 axles across and 4–8 axles along. When two (or more) axles are placed side-by-side, this is called an axle line. All axles are individually controllable, in order to evenly distribute weight and steer accurately. Each axle can swivel through 270°, with some manufacturers offering up to a full 360° of motion. The axles are coordinated by the control system to allow the SPMT to turn, move sideways or even spin in place. Some SPMTs allow the axles to telescope independently of each other so that the load can be kept flat and evenly distributed while moving over uneven terrain. Each axle can also contain a hydrostatic drive unit. 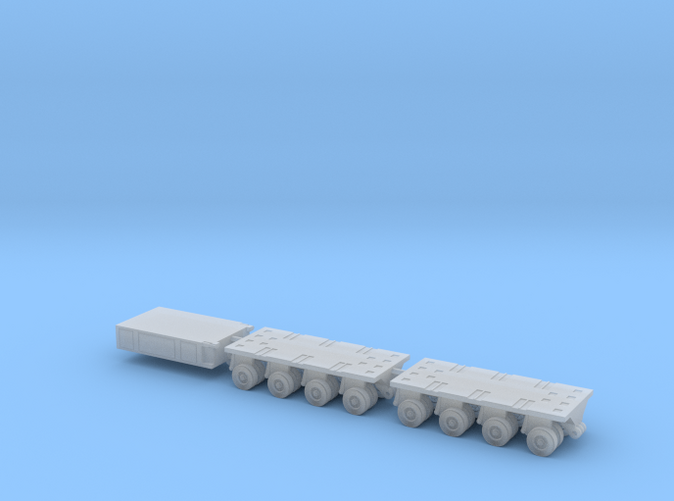 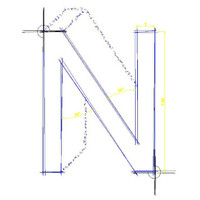 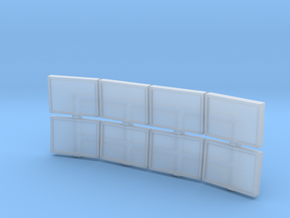 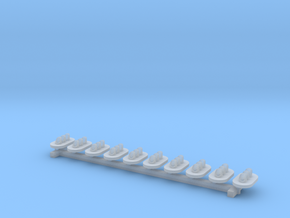 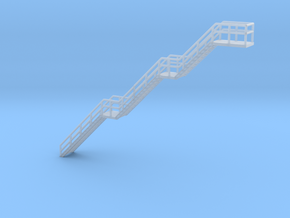 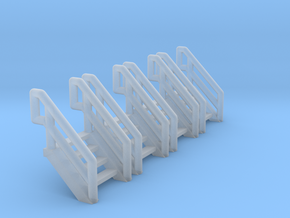