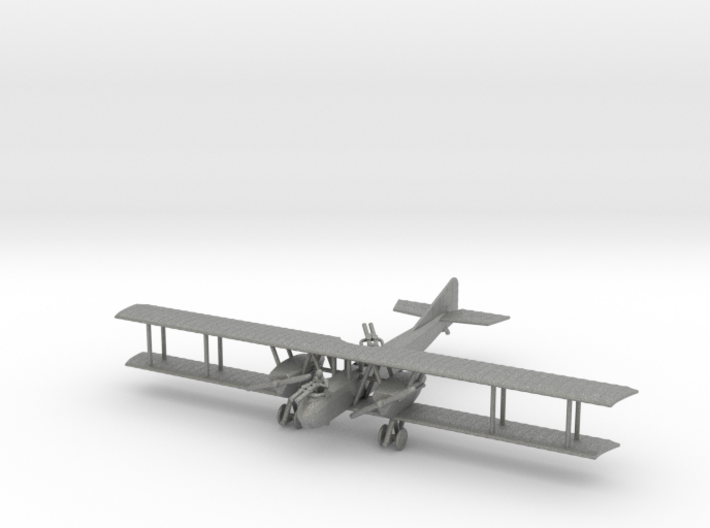 Another aeroplane designed to meet the "C3" specification, the Caudron R.11 shared many features with the Caudron R.4, though it was somewhat smaller and its engine horsepower was increased from 130-150hp to 200hp each. The fuel tanks were located on the nacelles and were cross-linked, and on later aircraft they could be jettisoned if necessary. Dual controls were rigged on later aircraft. Twin Lewis guns fore and aft were supplemented by an additional machine gun beneath the nose for downward firing.

The R.11 was a tough flying gunboat and found a niche protecting flights of Breguet 14s. A thousand were ordered but only 370 were built before Armistice.

This product comes in both 1:144 and 1:285/6mm/1:288 scales.  The 1:285 product comes with detachable translucent propeller disks rather than propeller blades, since blades are hard to print at that scale.

For more info and gaming details on the Caudron R.11, see https://linen.miraheze.org/wiki/Caudron_R.11. 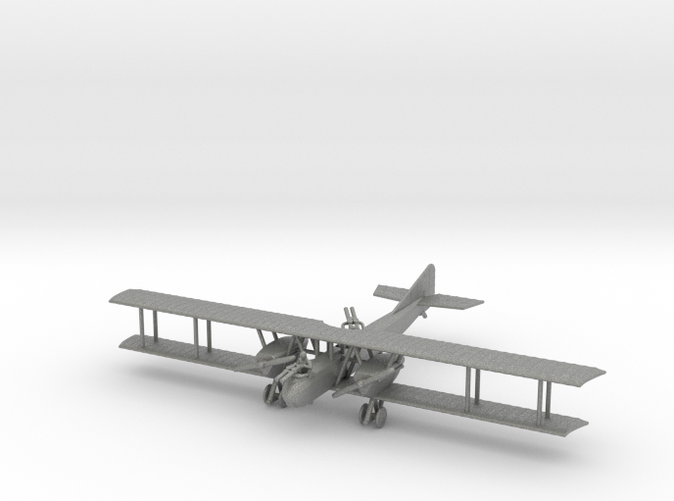