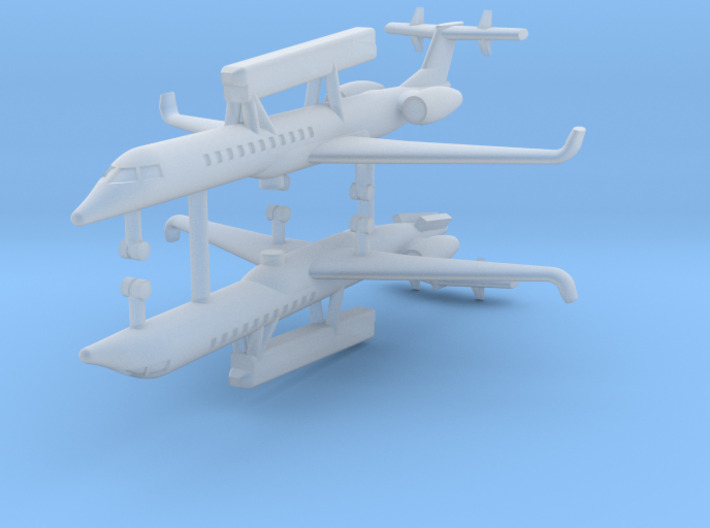 This kit is in 1/700 scale. It includes 2x Embraer R-99 (EMB 145 Erieye) AEW&C. The aircraft are unarmed. They are connected as a single sprue by a wire under the main body of the aircraft. Once the wire is cut the aircraft do not require any finishing.

According to Wikipedia: "The Embraer R-99 and P-99 are military versions of the ERJ 145 civil regional jet. The R-99 series are equipped with Rolls-Royce AE 3007 turbofan engines. The military versions provide 20% more thrust than the civil version. The first flight was in 1999." 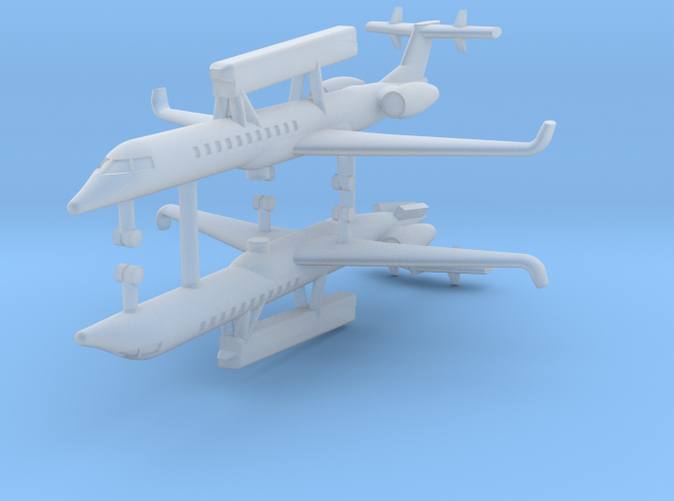