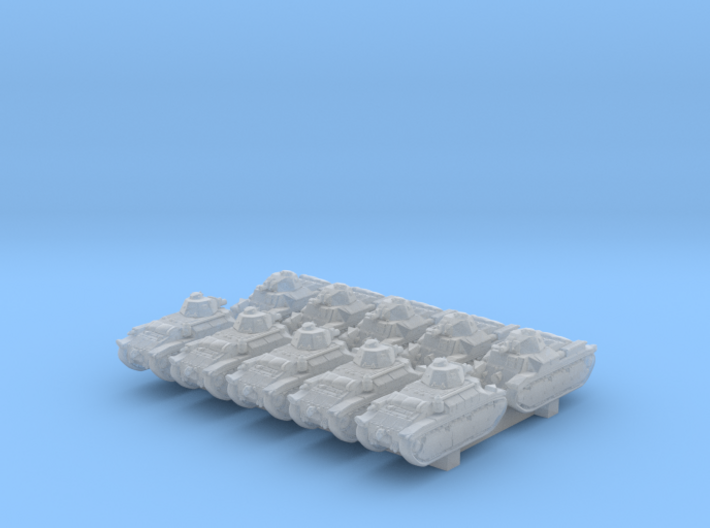 In 1930, at a time the Char D1 had not even entered production, the Renault company agreed to build a better armoured version called the Char D2. By not using old-fashioned rivets, it was hoped to save weight. The tank should be able to serve as an alternative in the role of battle tank for the heavier Char B1, should the latter be forbidden by treaty. The failure of the armament limitation talks resulted in a severe reduction of the projected manufacture, now in the form of an interim tank. Organisational difficulties with Renault caused the actual production of a first series of fifty to be delayed to the years 1936 and 1937. A second series of fifty was ordered in 1938, despite indications that the type was mechanically unreliable, as a possible cheaper addition to the expensive Char B1, to be able to raise more armoured divisions of the Infantry Arm. Due to Renault's financial problems, this second, partially improved version, was only realised in early 1940, bringing total production to a hundred.

The three prototypes were, among others, fitted with turrets of the Renault FT during a mock-up. The production models of the first series had the APX-1 turret, armed with a short 47mm SA34 tank gun. The second series used the much more powerful 47mm SA35 tank gun; from March 1940 this was retrofitted to a number of the older vehicles, despite a parallel project to rebuild them as flamethrower tanks.

In 1937 the type equipped one tank battalion, which was considered an elite unit, as part of Charles de Gaulle's regiment. It was well-trained in the use of advanced tactics, including the use of radio-sets. In 1940 the effectiveness of this unit had much diminished, because of the worn-out state of its tanks, aggravated by the decision to raise three autonomous tank companies with the new vehicles, even though insufficient trained crews were available. Nevertheless, the Char D2 units fought tenaciously during the Battle of France, losing most of their tanks to mechanical breakdown instead of enemy action. 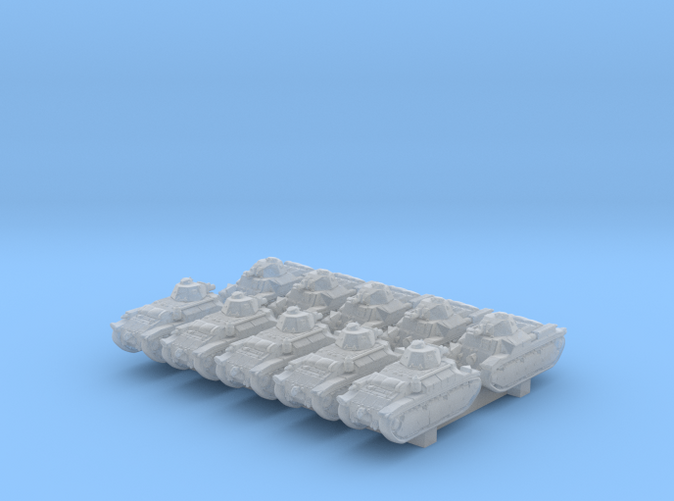