This is the exact reproduction of the Vajra that was installed in the right hand of the Padmasambhava’s statue at Vajra Vidya Temple in Crestone. Co.Ascending up the road to Vajra Vidya Temple, one looses a sense of time and place. It’s a bright red temple adorned with gold objects, shining amidst snow capped peaks with Tibetan flags flapping in the the wind. Inside is the Shrine room, which contains an 8-foot central golden statue of Buddha, 21 forms of Tara, 8 Medicine Buddha statues and 1,000 statues representing Buddhas yet to come.

Of the smaller statues on the left is the likeness of Padmasambhava (Lotus-Born), otherwise know as Guru Rinpoche. Sometimes referred to as the “second Buddha”, Guru Rinpoche is attributed with the introduction of the Buddhist religion and establishment of the first monastery in Tibet. The statue, cast in bronze and adorned with gold plate, was missing a Dorje otherwise known as Vajra in his right hand

Vajra is a Sanskrit word meaning both thunderbolt and diamond. Additionally, it is a weapon won in battle which is used as a ritual object to symbolize both the properties of a diamond (indestructibility) and a thunderbolt (irresistible force).

Raising concerns,the resident nun, Ani Drime and Khenpo Lobzang Tenzin approached Kary Kilmer, a Crestone resident and a master gold and silversmith, to make a Vajra that would be proportionally correct and match the materials of the statue.

The Vajra is quite small, approximately two inches in length. This makes it ideal for a jewelry pendant 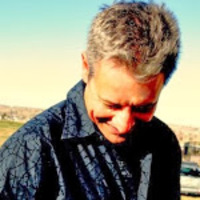