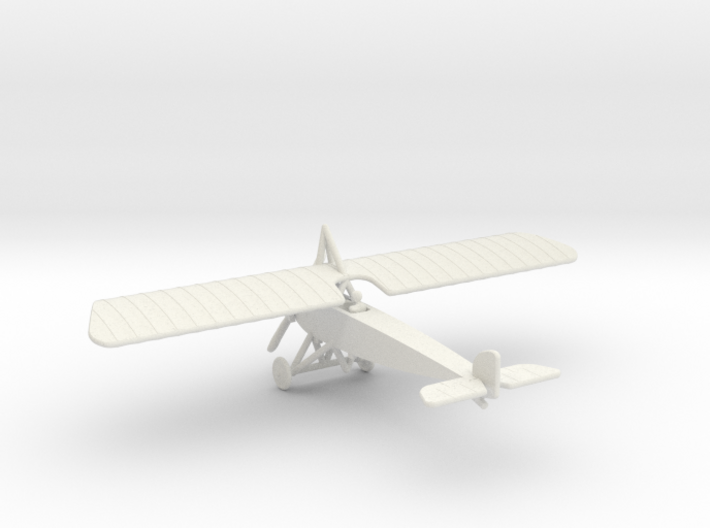 The Morane-Saulnier Type L was a refinement of the pre-war Type G in a parasol configuration, with lateral control via wing-warping from a central pylon.  The parasol wing gave excellent fields of view to both pilot and observer, and approximately 600 were produced in France, with another 430 produced in Russia.  Fifty were obtained by the RFC and were used by Sqd 1 & 3, and another 25 went to the RNAS.  They served in France until replaced by Nieuport 10's in autumn 1915, and they served in Russia through mid-1917.

The Type L's real claim to fame was to be the first plane with a machine gun firing forward through the propeller, which it did not with a synchronizer but with deflector plates on the propeller, and Roland Garros' famous early victories were in a plane of this type (as well as some other aces such as Navarre and Guynemer).

This model depicts an early-model Type L in reconnaissance configuration with the late undercarriage and an observer.

The Type L was also built in small numbers in Bavaria and was designated the Pfalz A.I or A.II, the former using an 80hp Oburusel; the latter the 100hp version.  This model can readily serve as a Pfalz A.I or A.II.

This product comes in both 1:144 and 1:285/6mm/1:288 scales.  The 1:144 scale has a single aeroplane.  The 1:285 product comes with two aeroplanes, each with a removable propeller disk rather than propeller blades.  They are joined by sprues to keep the cost down.  You will have to carefully remove the sprues with snippers or nail cutters. 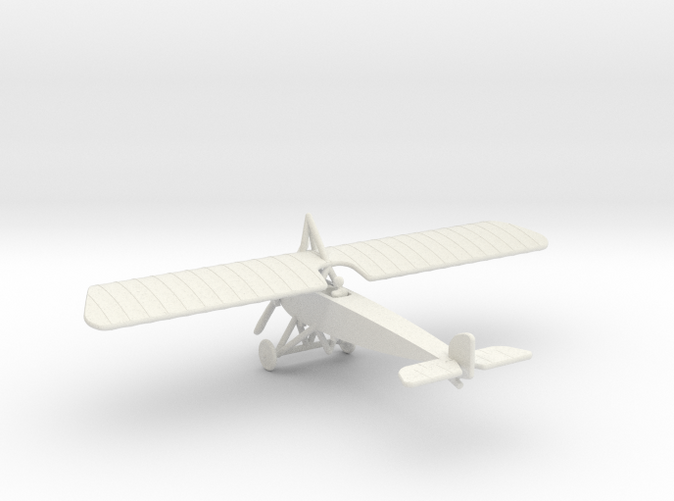