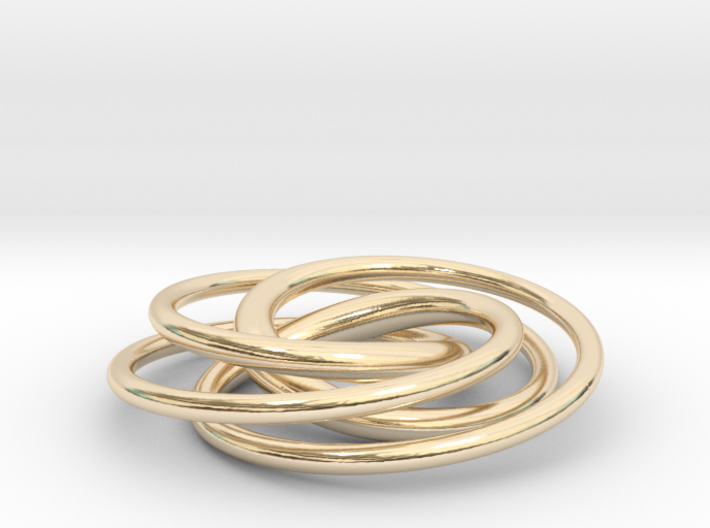 At first sight, our speed curve objects might seem to consist of some arbitrary wire. But this is not true at all.

First of all, the wire is in a very special form, namely a shrinked variant of a mathematical space curve, a so-called torus knot. This is essentially just a closed wire bent several times around a donut… the knots appearing in this way may become quite complicated, but many of them look nice because of their symmetry and interesting structure.

Moreover, this pendant belongs to our speed curves series whose feature is the fact that the thickness of the wire is not the same everywhere; instead, it depends on the geometry of the piece! Where the wire is stronger bent, it is thicker… and this has been done via a mathematical computation of the curvature of the wire at every single point of the wire! 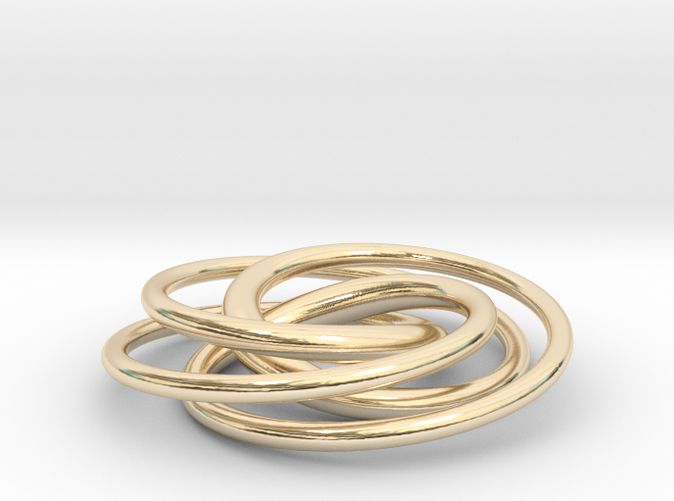 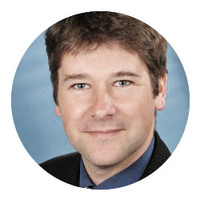 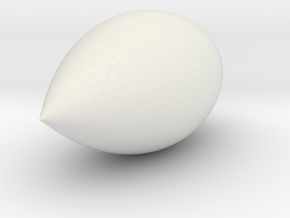 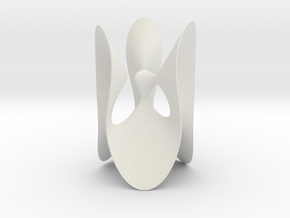 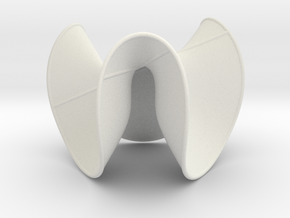 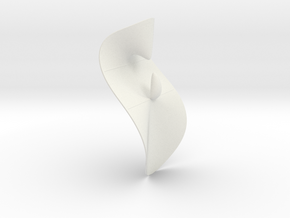