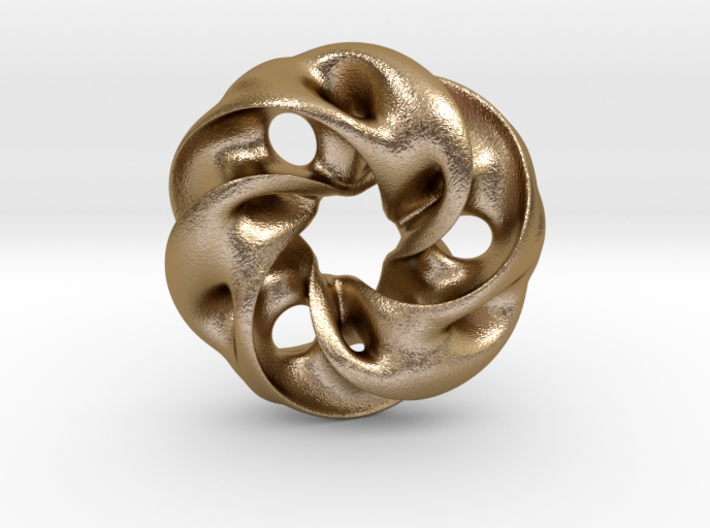 Pocket Sculpture
$65.00
Ships as soon as 17 days
3D printed in enrobed in 24k gold and polished to a mild sheen with visible print lines.

The seedpod of Tacañita
In the remote Andes of Chile, on the peak of Monte Puntaca,  grows a massive and ancient  tree. With its roots in the hard rock of the mountain and its branches in the constantly-forming cloud above the summit, this tree is to the local people what joins the earth to the heavens, so keeping the world alive.
It has been their duty to care for the tree since the start of time, but it is the only one of its kind, and has been growing weaker for centuries. Although it flowers every year, it never makes seed, and a tale passed from generation to generation says it will only set seed if its guardians provide it with a suitable pod.
So every year, the people of the mountain craft the most beautiful and precious shapes they can imagine, and offer them to the tree, in the hope it will be pleased, and make seed before it dies. For thousands of years this has continued, without result.

Until this year that is, when a woman called Tacañita made it a golden pod that turned in on itself, round and round with no end - no inside, no outside , no beginning, no end - with seedholes that were connected to all parts at once. And when this was buried at its base,  the tree made a huge flush of seed, and its guardians are rasing hundreds of baby seedlings, ready to replace it when the time comes. And Tacañita? She has gone back to her jewellery workshop, humming to herself as she glances up at the mountain through the window.


Another popular model. This work started life by accident;  an impulsive challenge to myself to sculpt a rod based on Scherk's Second Minimal Surface by hand rather than using maths. No equations allowed!

In retrospect that was perhaps a bigger task than imagined, but it did work: Starting with a square rod, holes were carved bridging opposite faces, subdivided,  then it adjusted by eye until it was close to a Scherk saddle tower. Job done ...

- until a week or so later I realised it could be bent into a ring, with a half-turn twist, as when making a Mobius object, so the square rod ended up having only 2 faces rather than four.  Result - a Mobius-Scherk Loop.  Afterwards, it was  remodelled, again by eye, to make it more aesthetically satisfying and suitable for a pendant or sculpture: Some ports were circularised to  different extents in various planes, and the edges rounded and thickened to give nice transitions between them. Finally a slight deflation gave a better view of the inside, and an interesting profile to run your fingers along. Enjoy!

Postscript: I'm not sure if its quite right to call it a mobius loop, as  the portals between the surfaces of the rod already joined opposing sides,  so it only had two surfaces to start with. But the geometry of the surface is clearly different to how it would be if it wasn't twisted before joining. Anyways, to me what really matters is that its a very pleasing and magical shape which everyone loves to hold and look at.

*Pocket Sculptures: Art to carry around with you! I think it's wrong to view art as  something you just put on a shelf and admire. We all love to have in our pockets nice beautiful objects we've found - pebbles, driftwood, pretty stones and so on - and to show them to our friends. I am trying to design affordable but beautiful artworks that you can keep with you in your pocket, with satisfying shapes and textures that make you smile. 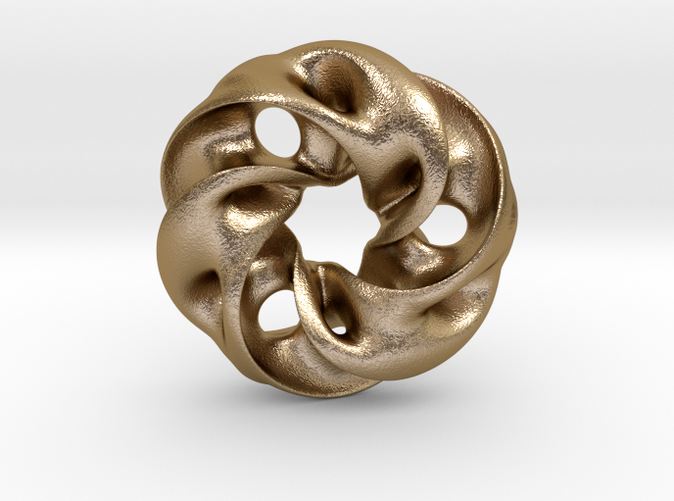 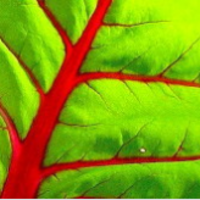 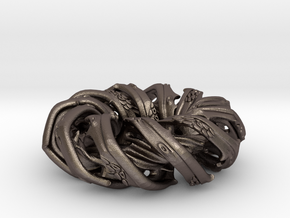