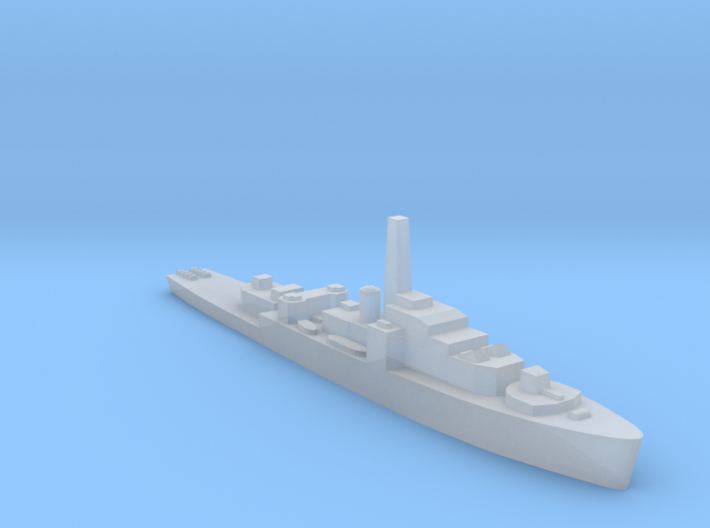 An example of the British Loch class anti-submarine frigate as fitted in early 1945. Such vessels also served in the Royal Canadian Navy and later with the South African Navy, Royal New Zealand Navy and the Royal Malaysian Navy.
Simple one piece model design for smaller scales and tweaked to ensure as compliant as possible with Shapeways across a range of materials and the perfect base on which modellers can add the fine detail flourishes to, depending on your skill level. The model has ‘floored guns’ for the best durability to reduce breakages, and be printable in the material offered. Designed by Philip Warnes and can be used at a larger hex scale with his SeaLion Supremacy game, or any other naval tabletop game that uses this scale. 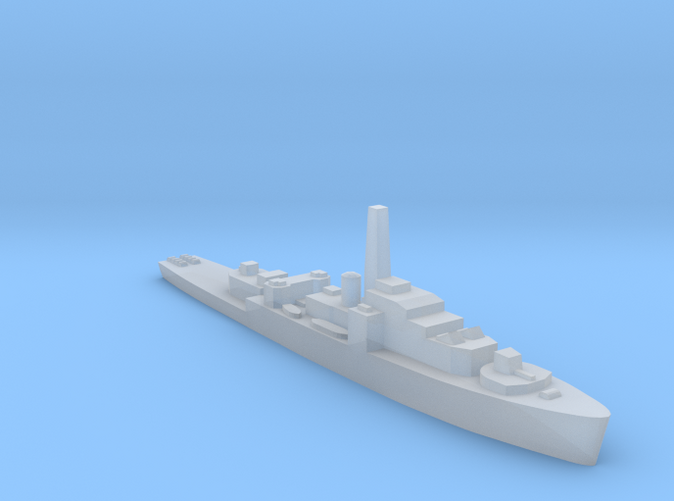 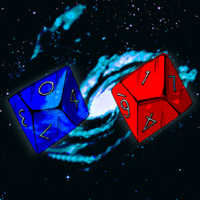 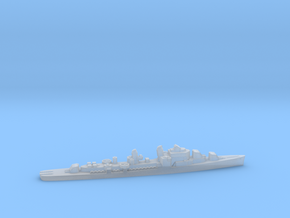 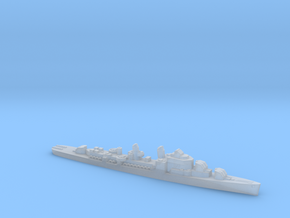 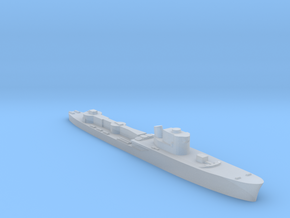 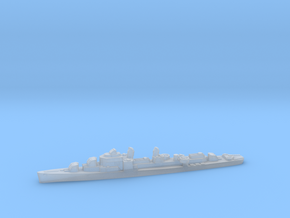