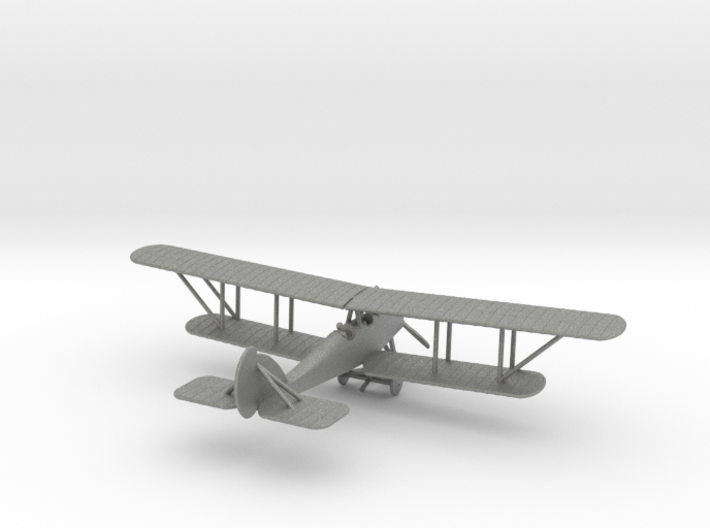 The R.A.F. R.E.7 was a development of the R.A.F. R.E.5. The landing skids were changed to the oleo undercarriage with a small nose wheel. Though it used the same 120hp engine as the R.E.5, there were hopes that the R.E.7 could carry a larger bomb load, a promise that could not be delivered until the more powerful 160hp Beardmore and 150hp RAF 4a were used. By the time it arrived at the front, the Fokker Eindeckers were making a stir, and attempts to provide the R.E.7 were only marginally successful since, like the R.A.F. B.E.2c, the observer sat in the front and had very constrained fields of fire. With the larger engines, it did find a niche as a bomber, carrying up to a 336lb bomb or a mix of smaller ones. The R.E.7 was used by No.21 Squadron RFC and part of No.12, but its career was fairly brief.

A few R.E.7s were converted to a three-seat configuration, with a new gunner added behind the pilot with a Lewis gun on a flexible mount.

This model comes in both 1:144 and 1:285/6mm/1:288 scales.   The 1:285 product comes with detachable, translucent propeller disks rather than propeller blades, which are difficult to print at this scale.

For more information on this plane, see https://linen.miraheze.org/wiki/R.A.F._R.E.7. 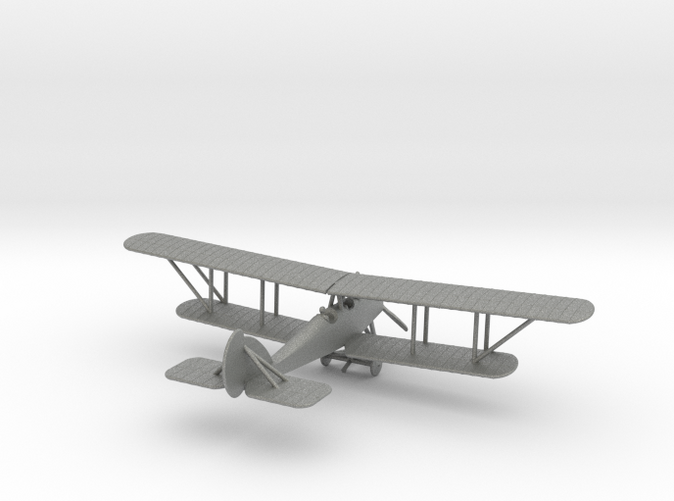