Gun mode comes with a choice of four handles, any one of which can be fit onto the figure during assembly (and since they are attached via a simple clip-in hinge, you can keep the others handy and swap them later if you choose).
Option 1 is a standard 5mm post, which is compatible with any figure bearing a 5mm peg hole.
Options 2 and 3 are modified versions of the post, which can still be used by figures with 5mm peg holes, but also have built-in clips which allow them to clip onto any 3mm diameter rail. One version has the opening of the clip positioned parallel to the length of the gun, the other perpendicular.
Option 4 is a two-stage post, which like Option 1, can fit into any 5mm peg hole, but also has a narrowed end allowing it to be used by figures with 4mm diameter peg holes.

This new version of the Truncheon figure has more open hands, which allow it to hold or clip onto any 3mm diameter rod.
It also has a new hinge design which allow it to be printed in the Detail materials as well as WSF. However, WSF Polished is recommended for the best combination of durability and smoothness.

Supplied as an 18-piece kit. Finishing (painting/dyeing) required, alternatively can be purchased in one of the available pre-dyed colours. 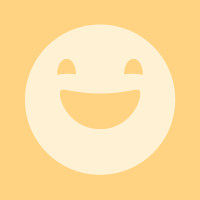