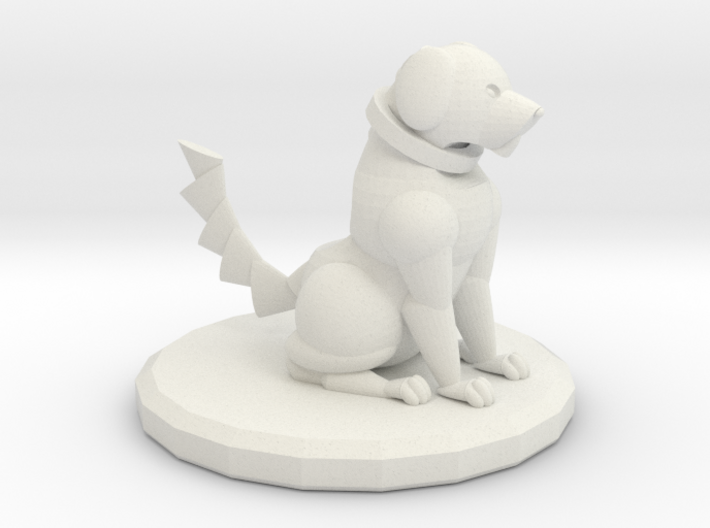 Betrayal At House On The Hill Omen - Dog

UPDATE: 2/5/2019
UPDATE: 9/10/2018
UPDATE: 8/28/2018
After along time  and some real life issues I'm back again. I revisited the Dog Omen. After losing my 3d Program due to an incident with my computer, and Solidworks expiring. I turned to Tinkercad. It was difficult at first but I'm learning and getting the hang of using it.  This is a  35mm model of a dog that can be used in the game Betrayal at House on The Hill by Avalon Hill Games or anything you need to use it for. Its not as great as it's thin predecessor but it should be printable, I believe. Aside from that  I've added recesses on the bottom of this model to allow for the use of a .5"(in) dia , .0625" thick Magnet at the center of the base or 4 x .375" dia, .0625" thick magnet a square pattern. I figured some peope like storing their mini's in metal containers and use magnets to hold them in place rather than using foam core. Granted your welcome to use both options for extra safety.

Also I want to apologize for the price jump. Currently I'm working a part-time job and I'm in a rough spot involving paying off my shool loan, so forgive me please. I'll try my best to improve in future mini's to keep that price tag reasonable.

I may revisit the past models to Betrayal at House on the Hill to add this feature or just make new ones along with the old. Haven't decided. Please leave a comment on what you would rather me do or  some constructive criticism which is very much appreciated. Also If you do purchase this model feel free to show me pictures on what you do with it. Whether you playing with it in what ever game you are using it or even if you've painted it or improved it with a little creative crafting.

UPDATE:
After an issue with it not being printable I had to go back and thicken the legs of the dog and it's tail 1mm+
Hopefully this time it's printable. I will likely be purchasing this myself just to be sure once I finish all 13 omens from The Core set of Betrayal at House on the Hill. The Widows Walk Expansion has just arrived this week ( 10/19/2016 ) and I'm itching to work on it's Omens. Especially since once of those omens is a Cat!. Should be just as fun as this dog.

First Post:
Here is a roughly 25 mm tall rough dog model for the board game called Betrayal At House on The Hill. I figured, since the game itself just has you use a cardboard token to represent the dog, that it deserved a model. The dog itself is part 1 of 13 Omens that I plan to model over the coming months.

What's in the box:
Betryal At House On The Hill :Omen: Dog 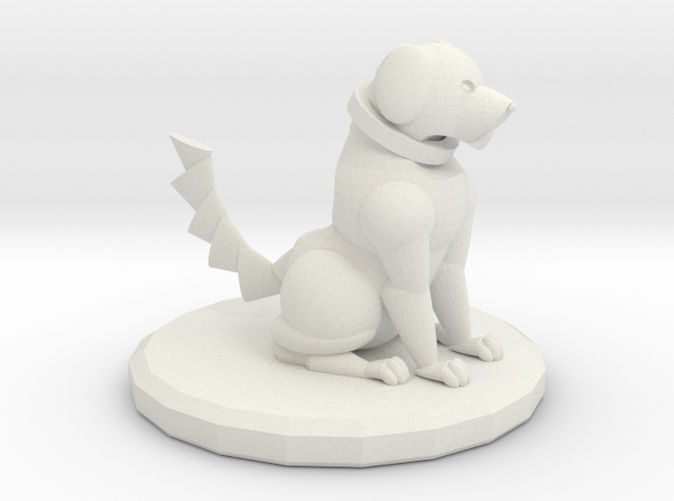 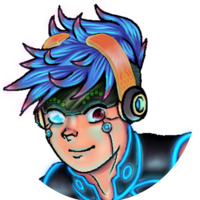 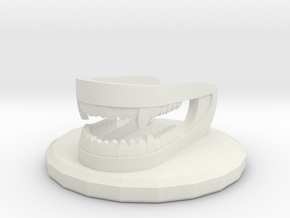 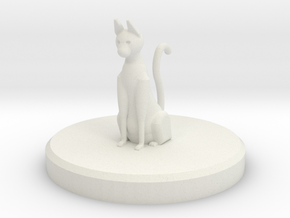 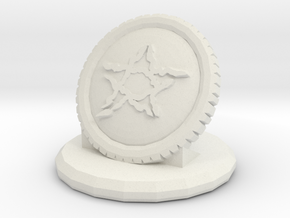 Betrayal At House On The Hill Omen - Medallion
$7.00