The Dodecahedron of Death is a party foul or party dice game. Use it as punishment for committing a party foul, a stupid way to kill boredom, or just as a way to get way, way too messed up.

Free Pass - You got lucky, or not if your intent was to get f*ed up

Choose Victim - Pick someone else to role and face the consequences

Stupid Rip - Basically shotgun a beer then take a bong hit (we did this by filling a waterfall bong with a beer, drinking the beer out, then taking the rip right after)

The Dodecahedron of Death was first inspired in my college days when I built a paper dodecahedron from the template in a creativity book from one of my courses. My roommates and I finally decided to create a party foul dice that would incorporate the most ridiculous stoner and drinking activities we could come up with as a "punishment" for committing a party foul. Of course this later morphed into a challenge, game, or just a way to kill some boredom.

What's in the box:
Dodecahedron of Death 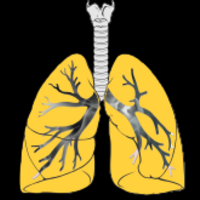