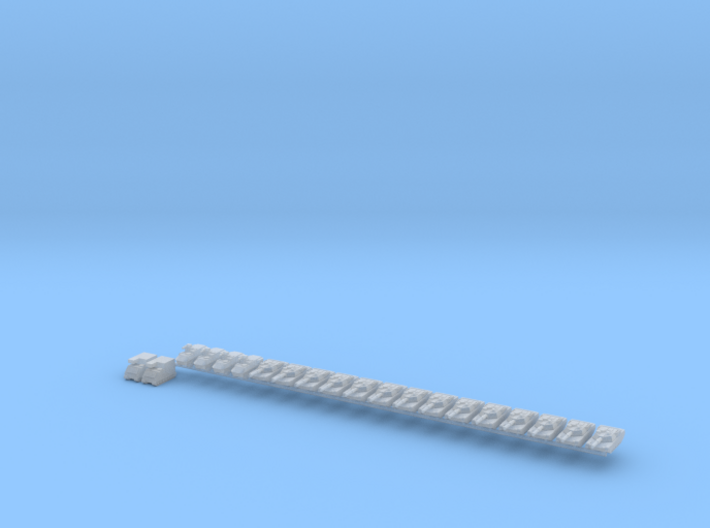 This is a totally new design of this existing model. This kit is in 1/700 scale. It includes 14x Australian Variant M1A1 (AIM) Abrams Tanks, 2x M577 Command Vehicels and 4x ASLAV III. They are connected as a single sprue by a wire under the individual vehicles. Once the wire it cut the vehicles do not require and finishing.

According to Wikipedia: "The M1 Abrams is an American third-generation main battle tank produced by the United States. It is named after General Creighton Abrams, former Army Chief of Staff and Commander of U.S. military forces in the Vietnam War from 1968 to 1972. Highly mobile, designed for modern armored ground warfare, the M1 is well armed and heavily armored. Notable features include the use of a powerful gas turbine engine (multifuel), the adoption of sophisticated composite armor, and separate ammunition storage in a blow-out compartment for crew safety. Weighing nearly 68 short tons (almost 62 metric tons), it is one of the heaviest main battle tanks in service." 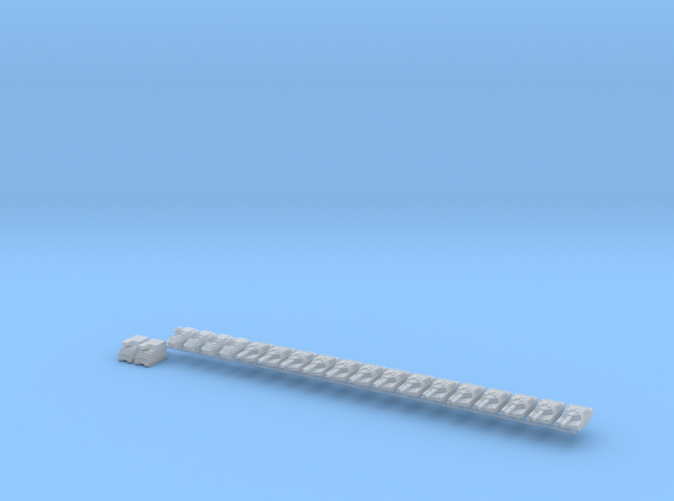