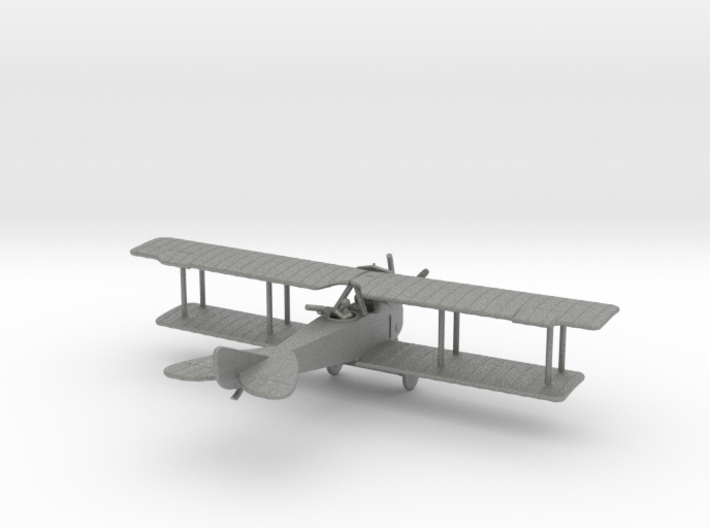 Luftverkehrsgesellschaft m.b.H. (L.V.G.) was making excellent two-seater aircraft in the unarmed L.V.G. B.I and B.II.  In 1915 it became evident it was necessary to arm observation aircraft, since they were beginning to be attacked by Entente pushers.  With the addition of the 160hp Mercedes D.III or 150hp Benz Bz.III and an observer's machine gun, the B.II was turned into the C.II.  The machine gun could be a Bergmann, Spandau, or Parabellum, though the latter became prevalent as the war wound on, and in the last few hundred built a synchronized gun was added for the pilot.

One unusual feature of the C.II was a split aileron with two angles of incidence, which was thought to contribute to stability and controllability.   Over 700 C.IIs were built, with a peak of 255 of them at the front in April 1916.  Even after their use tailed off during the year of 1917, they were transferred to the rear and used as trainers, with an additional 300 being built by Ago in 1917-1918.

At 1:144, this model depicts the L.V.G. C.II with the Mercedes D.III engine with starboard exhaust and port under-wing fuel tank.  At 1:285/6mm/1:288, you get two planes: one with the Benz engine and one with the Mercedes.  They are joined by disposable links to keep the price down, since single-part models are more affordable.  You can break the links with nail clippers, wire cutters, or similar. 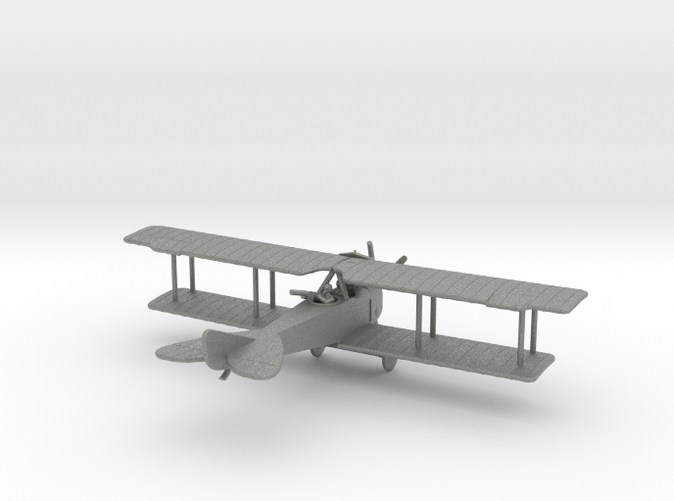