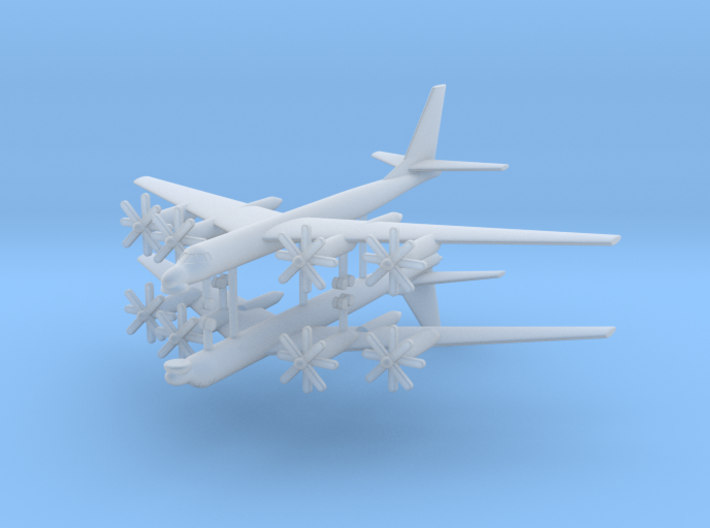 This model kit is in 1/700 scale. The single sprue is connected by wires under the vehicles. It includes: 2x TU-95MS (Bear H) Stragetic Bombers. This is the Upgraded Naval model of this aircraft.

According to Wikipedia: "The Tupolev Tu-95 (NATO reporting name: "Bear") is a large, four-engine turboprop-powered strategic bomber and missile platform. First flown in 1952, the Tu-95 entered service with the Soviet Union in 1956 and is expected to serve the Russian Air Force until at least 2040. A development of the bomber for maritime patrol is designated Tu-142, while a passenger airliner derivative was called Tu-114." 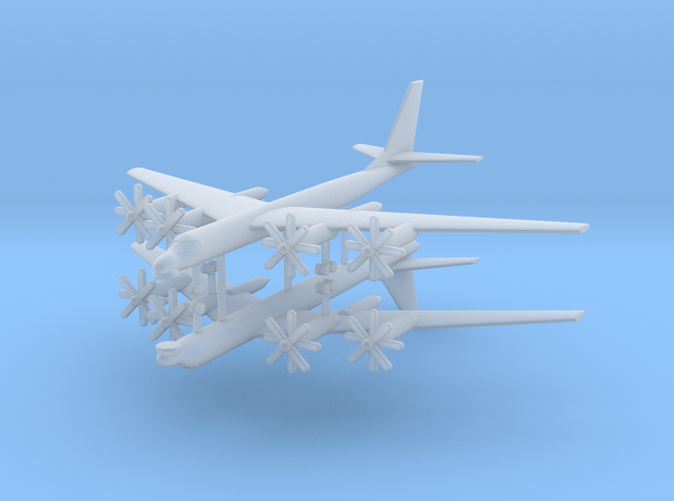