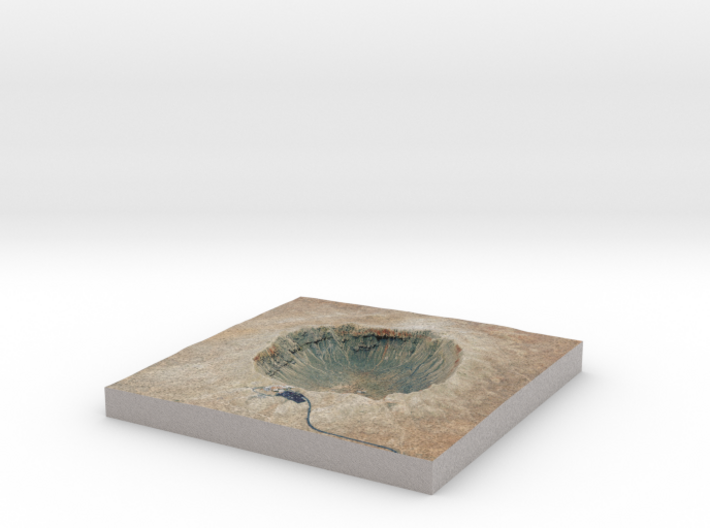 Smart Maps
$94.49
3D printed in fully colored material with a coarse finish and a delicate feel.

website or through Shapeways.  Check out photos of my other 3D prints.

Meteor Crater is a meteorite impact crater approximately 37 miles (60 km) east of Flagstaff and 18 miles (29 km) west of Winslow in the northern Arizona desert of the United States. Because the United States Board on Geographic Namescommonly recognizes names of natural features derived from the nearest post office, the feature acquired the name of "Meteor Crater" from the nearby post office named Meteor.[2] The site was formerly known as the Canyon Diablo Craterand fragments of the meteorite are officially called the Canyon Diablo Meteorite.[3] Scientists refer to the crater as Barringer Crater in honor of Daniel Barringer, who was first to suggest that it was produced by meteorite impact.[4] The crater is privately owned by the Barringer family through their Barringer Crater Company, which proclaims it to be the "best preserved meteorite crater on Earth".[5][6]

Despite its importance as a geological site, the crater is not protected as a national monument, a status that would require federal ownership. It was designated a National Natural Landmark in November 1967.[7]

The model is created at a scale of 1:16,000 with 1.5x vertical exaggeration.  It features a built-in base, so it sits perfectly on a desk or in a frame.

What's in the box:
Meteor-Crater-6x6 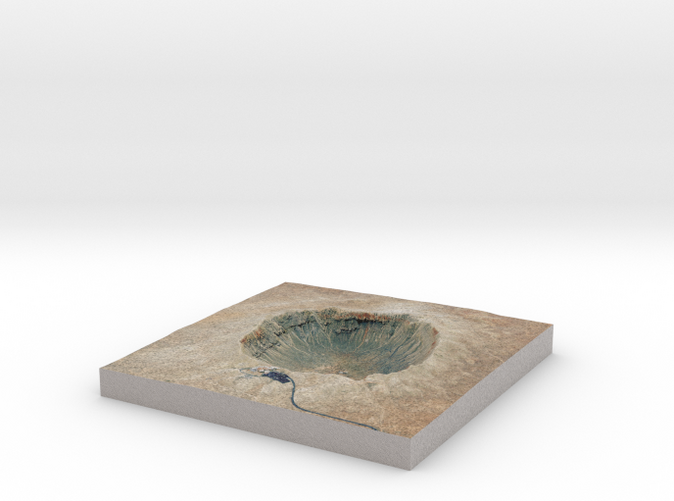 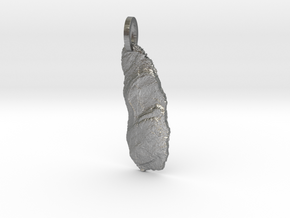 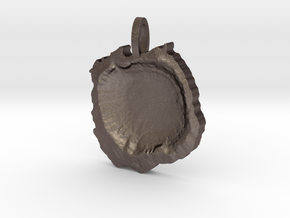