Ask us about bulk pricing   CONTACT US
Marketplace Miniatures Ships 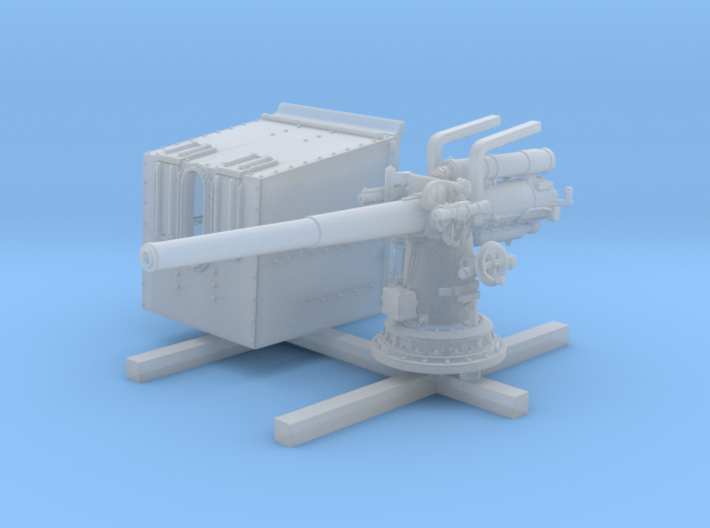 1/192 Scale Flowers Class 4"/45 MKIX CPI Mount x1, this is the Square Shield Version with Sighting Hatches Closed (see MY Shop for the other two versions and Square Shield with Sighting Ports open), please check your reference for your build as there are 3 different Shield types (Fully Rounded, Partially Rounded and Square). These are highly detailed parts modelled using plans and many reference photographs for the most accurate and detailed 4"/45 MKIX Guns available anywhere.
Assembly information
1. Remove all parts from sprue as specified in cleaning details below. (paint prior to assembly)
2. Carefully insert Barrel and Mount assembly into Shield, making sure Shield support struts sit in place.

Historical Data
Admiral Fisher had always objected to heavy secondary batteries on capital ships, so at his insistence, the 4" (10.2 cm) caliber was chosen for the secondary weapons on the battlecruisers of the Repulse and Courageous classes. Initially, either the 4" (10.2 cm) QF Mark V or the 4" (10.2 cm) BL Mark VIII were to have been installed, but the first weapon was difficult to arrange for director firing and the second had a low rate of fire. The best features of both, the Mark V body and the Mark VIII breech mechanism, were combined to create the Mark IX.

The Repulse class battlecruisers used both single and triple mountings, with the latter mounting having the guns individually sleeved, an unusual feature for a secondary weapon. This mounting required a very large crew of 32 and, as it lacked power assist, proved to be quite cumbersome.

During World War II, this weapon was used in single mountings on many corvettes as well as on numerous smaller ships including 1,200 on DEMS.

Mark IX was of wire wound construction with tapered inner A tube and jacket. Mark IX* differed in having no inner A tube. Mark IX** was introduced to suit older manufacturing equipment at EOC and COW and had no inner A tube, a B tube and overlapping short jacket and an old-style step wire-winding method. All had Welin breech blocks with Vickers mechanisms. Some 2,382 were built of which 2,193 were still in service as of September 1939. Actual bore length was 44.35 calibers.

The Mark X was originally built for the Norwegian Nidaros class coastal defense ships which were taken over at the start of World War I and became the HMS Glatton class. These guns were of Elswick Pattern T and were partly wire wound with coned breech block. A total of fifteen guns were built and these were used only on DAMS. 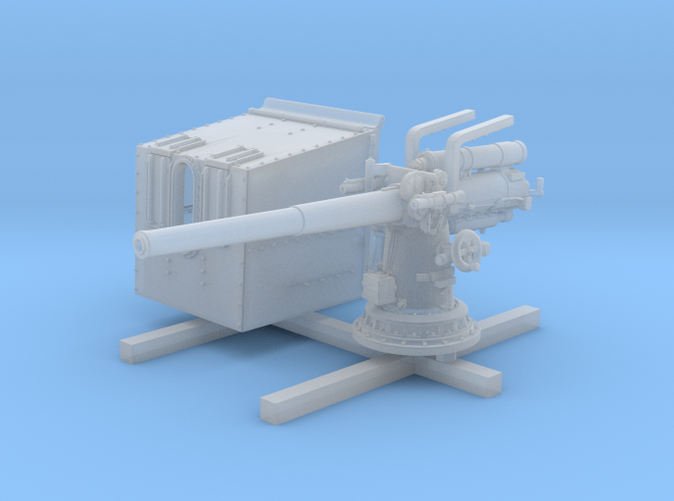