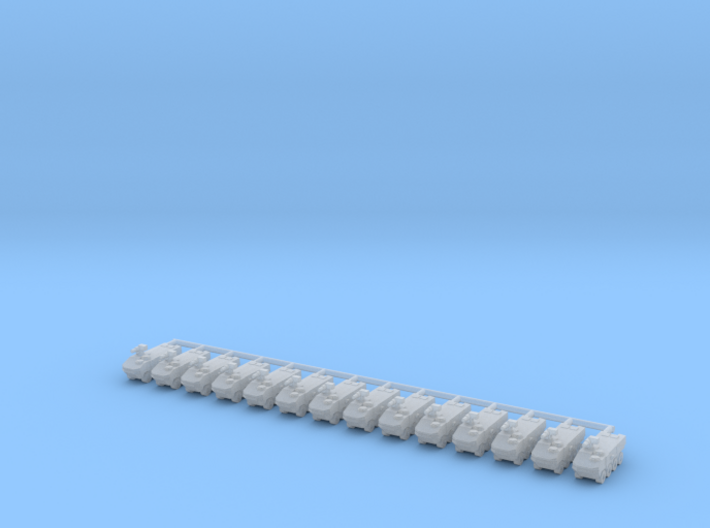 This model is in 1/700 scale. It includes 14x Otokar Arma 8x8 Armoured Combat Vehicles. This version has a Remote Weapon Station. The individual vehicles are connected as a single sprue by wires at the rear of the vehicles. Once the wires are cut the vehicles do not require any assembly or finishing.

According to Wikipedia: "Arma is 6x6 and 8x8 amphibious wheeled armoured combat vehicle family designed and developed by Otokar. The vehicle is a modular multi-wheel configurable with high level of ballistic and mine protection due to its high hardness monocoque steel hull." 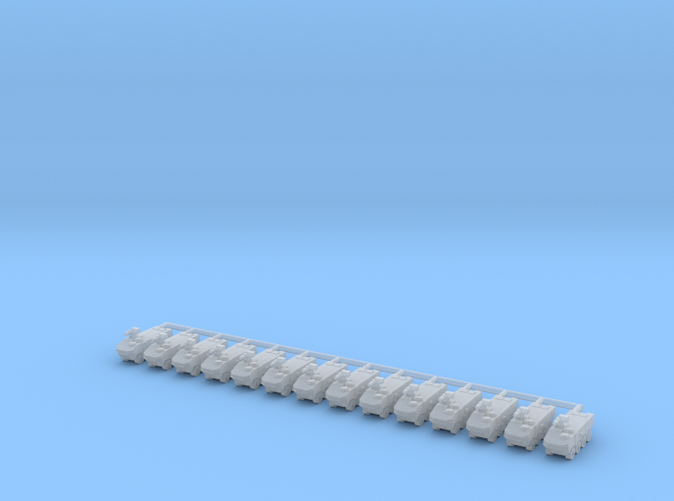