This puzzle was suggested by Andreas Nortmann. His explanation was as follows:
Andreas Nortmann wrote:I have just another stupid design request for you:
A hybrid of an OffsetSkewb and a HalfTurnsOnlyNxNxN.
The story behind it: You know there are 6 "traditional" (yet to be defined what that means here) possible axis systems and the hybrids thereof and there are some subgroups thereof, for example the cuboids where two axis allow only 180° turn to let the puzzle retain its shape. I have searched for other subgroups and have found:
* some trivial ones (with only 1 axis)
* several prisms
* the one mentioned aboveSo it's a hybrid of a 2x2x2 and an Offset Skewb. While such a puzzle could make 90 degree turns like some cuboids which can shapeshift, I have deliberately blocked those moves in the design, in order to accentuate the weird symmetry of the design and also, to make solving more difficult.
Mechanically, this puzzle is much simpler than a 2x2x2 + Skewb. I've made a few adjustments to make it turn better than the original prototype (which already turns quite good!).If you order this model, you will get a DIY kit of the plastic parts needed to make this puzzle. You will need to supply your own screws (M3), stickers and springs for assembly.
You can also order an assembled copy of this puzzle from me directly, but this option is more expensive and it will take longer to get your puzzle.

Shapeways has recently changed their pricing making this model much more expensive. I've not yet had the time to optimize this model to be as cheap as posible. Please contact me at tom@tomvanderzanden.nl if you are interested in obtaining this puzzle so we can discuss cheaper options. 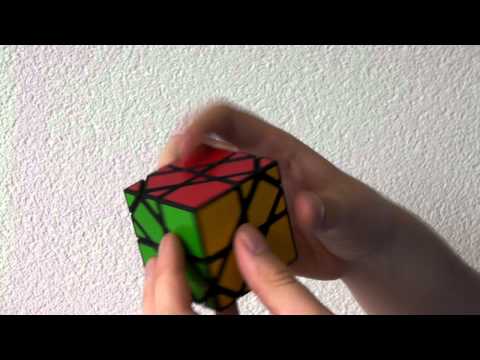