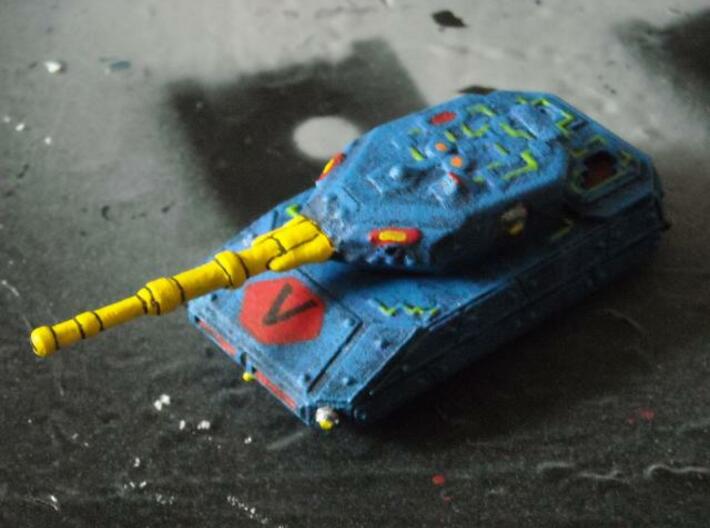 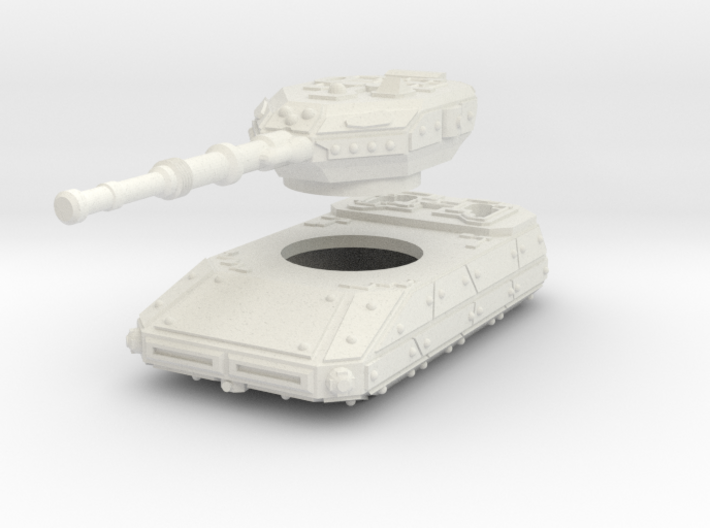 The most common Cybertank configuration encountered, the Resistor I configuration is the archetypal Cybertank. Like all Cybertanks, it is not a vehicle per se, but rather a grav-tank-shaped technological sentient creature. Albeit one that is evil and without any redeeming traits. The Cybertanks do not seek conquest, but the simple extermination of all life that is not themselves; be they organic, technolgical or otherwise. (Or even Undead...) It is possible to reason with a Cybertank, as they are intelligent , for a given value of "reason". The Cybertanks have occasionally allied with other evil forces, but these alliances break down before long, as the Cybertanks simply revert to their natural state, which is to "ELIMINATE ALL ORGANIC LIFEFORMS!" (Sic).

The Cybertanks are, in theory, quite intelligent, and have a certain cunning. They certainly possess entirely understandable emotions, being far from emotionless machines. While they have a certain preference for logic, even that is only a tendancy. What they do seem to lack is any form of empathy or compassion of any kind. They hate though, and hate well, though the second most common emotion seem in them from outsiders is their noted tendancy to panic if things go wrong, and shout a lot.

It should, of course, be noted in passing with their computer minds, energy weapons and advanced targeting systems, the accuracy of the Cybertanks is legendary, in that no other race can miss so badly or so often. It is perhaps unfortunate that the larger targetting computers of their starships actually manage to migitate their own utter incompetance. But on the ground, it is often said - only half in jest - that the safest place to be when a Cybertank is shooting is the spot they are aiming at.

If it were not that their home system is easily the most hevaily defended in the known galaxy, they would have been wiped out long ago by the collected efforts of everyone in the galaxy. As it is, given it is estimated that within that veritable Dyson's Sphere of defences, there are more Cybertank ships than have ever been built by all the human powers combined since the invention of space travel, even attempting such and endeavour would be literal suicide. Those maruading fleets that form the Cybertank Incursions are literally nothing more than a drop in the ocean, excess waste. (It has even been suggested that the Incursion are just excess population, embarking on lemming-like attacks on the rest of the galaxy.) Fortunately, the Cybertank's natural paranoia keeps them from exploiting this fact and wiping us all out. As has been said so many times before, they are "tactically clever, strategically dumb." A fact for which we should all be profoundly grateful. 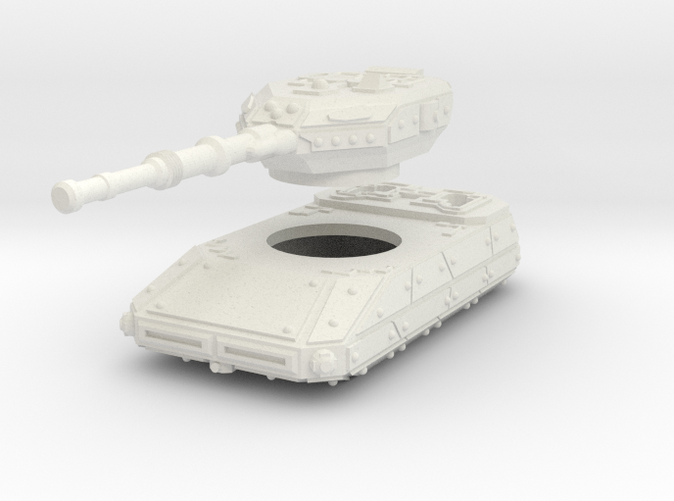 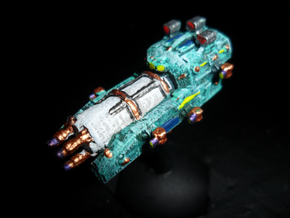