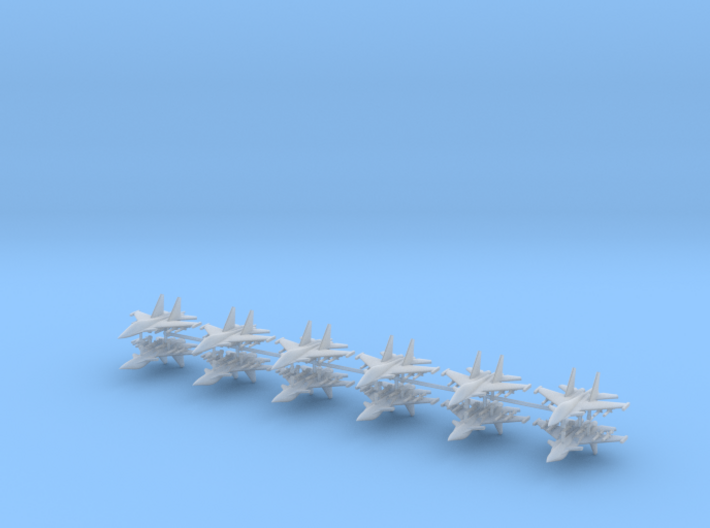 This kit is in 1/700 scale. It includes 12x Su-34 Fullback aircraft. Each aircraft is armed with six Kh-38 Air-to-Surface Missiles. They are connected as a single sprue by a wire under the main body of the aircraft. Once the wire is cut the aircraft do not require any finishing.

According to Wikipedia: "The Sukhoi Su-34 (Russian: Су-34) (export designation: Su-32, NATO reporting name: Fullback) is a Russian twin-seat fighter-bomber. It is intended to replace the Sukhoi Su-24. Based on the Su-27 Flanker, it is intended for high-precision strikes, including strikes with nuclear weapons, on land and sea targets at any time of day." 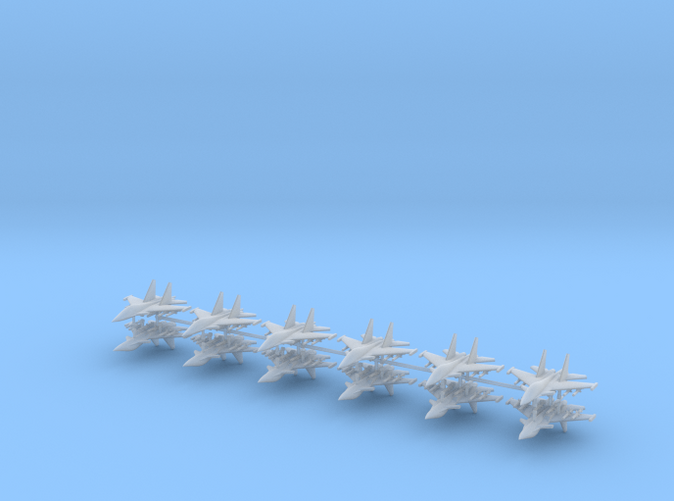