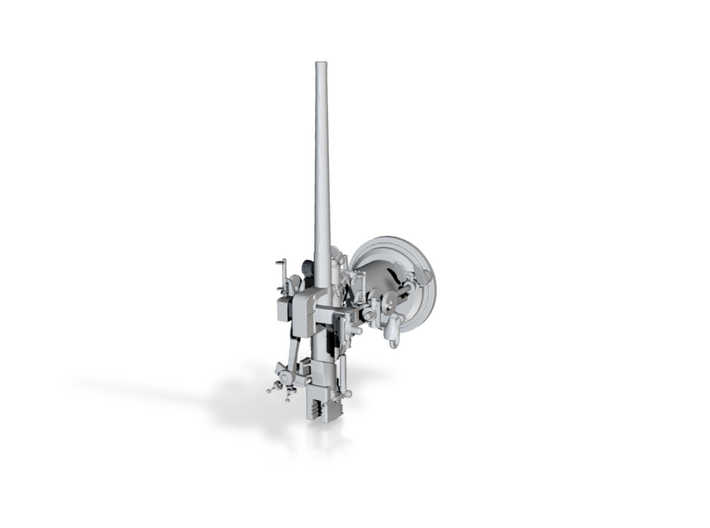 A series of 3" (7.62 cm) AA guns dating back to World War I. These were of a simpler construction than the previous 3" (7.62 cm) guns and successive marks were to improved designs. This gun was widely used up to the 1930s, but were then gradually replaced on larger ships by 5"/25 (12.7 cm) single mountings and later by Bofors 40 mm in twin and quad mountings. However, the battleships New York and Arkansas still had them as late as 1943. During World War II this weapon was extensively used on smaller warships such as destroyer escorts, submarines and auxiliaries along with many merchant ships with about 14,000 guns being produced between 1940 and 1945.

If you need a different size or a custom part designed just for you?

Please send me a PM.

Some part cleanup will be necessary. Water-based acrylic paints meant for plastics is strongly recommended. Other paints, especially enamels, may not cure on Frosted Detail 3D-printed plastics. 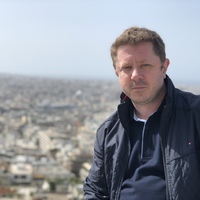 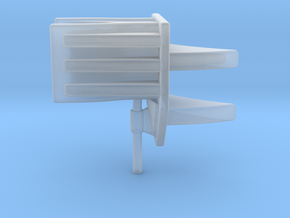 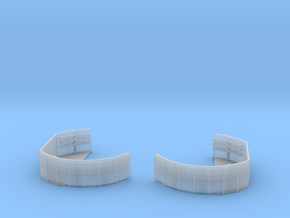 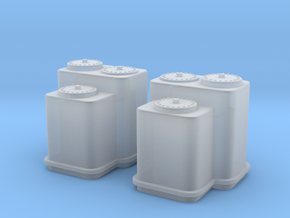