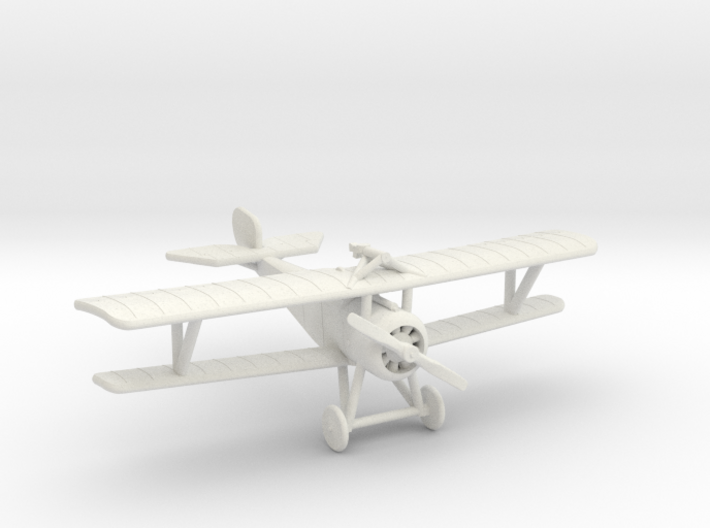 When the Nieuport 11 was refitted with a 110hp engine it was redesignated the Nieuport 16.  The Nieuport 16 was nose-heavy and somewhat clumsy, so the type saw a redesign with larger wings and other changes, now christened the Nieuport 17.  It was one of the top fighters of 1916-1917.  Its armament varied from a top-wing Lewis gun, a synchronized Vickers, or both, though the performance suffered when both were carried.  All RFC Nieuport 17's were refitted with a single Lewis gun on a Foster pivoting mount.

The Nieuport 17 had to be flown somewhat gingerly due to the tendency of the lower wings to twist, a property shared not only with other Nieuports but with the German Albatros D.III and D.V.

Several thousand Nieuport 17s were built, and they were used by every French fighter escadrille from mid-1916 through mid-1917, when they were replaced by SPAD 7s or Nieuport 24/27s.  They were purchased or built by Belgium, Italy (where the last of them were still in service in June 1918), Romania, Russia, and Britain, for both the RFC and RNAS.  Many also flew during the Russian Civil War.

This model depicts a Nieuport 17 with a synchronized Vickers and a top-wing Lewis gun.  It comes in two scales:  1:144 and 1:285 (aka 6mm or 1:288).  The 1:285 product comes with two aeroplanes and each uses a detachable, translucent propeller disk instead of propeller blades.  They are joined by disposable links to keep the price down, since single-part models are more affordable.  You can break the links with nail clippers, wire cutters, or similar. 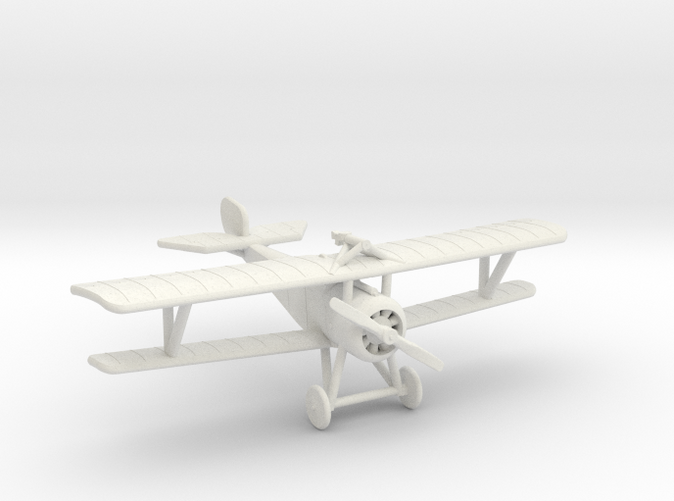