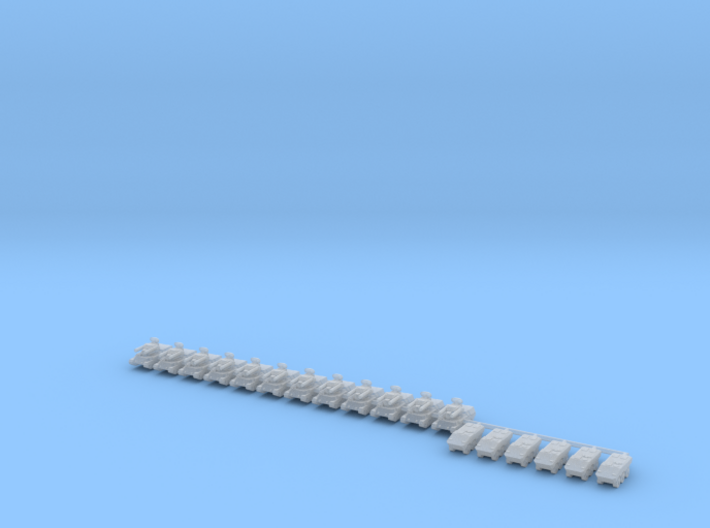 This model kit is in 1/700 scale. The single sprue is connected by wires either side of and at the rear of the vehicles. It includes: 12x Flakpanzer Gepard Self-Propelled Anti-Aircraft Gun and 6x VBTP-MR Guarani Command Vehicles.

According to Wikipedia: "The Flugabwehrkanonenpanzer Gepard ("anti-aircraft cannon tank Cheetah", better known as the Flakpanzer Gepard) is an autonomous, all-weather-capable German self-propelled anti-aircraft gun (SPAAG). It was developed in the 1960s and fielded in the 1970s, and has been upgraded several times with the latest electronics. It constituted a cornerstone of the air defence of the German Army (Bundeswehr) and a number of other NATO countries. In Germany, the Gepard was phased out in late 2010 to be replaced by "SysFla", a mobile and stationary air defence system using the LFK NG missile and the new MANTIS gun system. The mobile platform of SysFla will likely be based on the GTK Boxer." 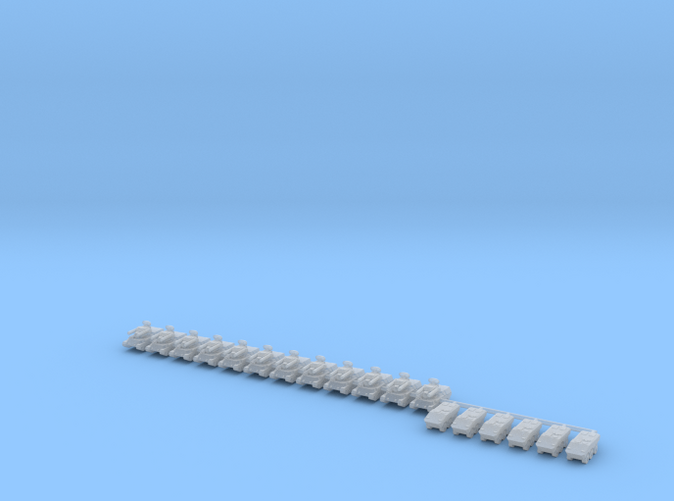 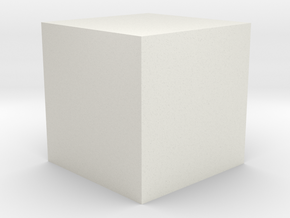 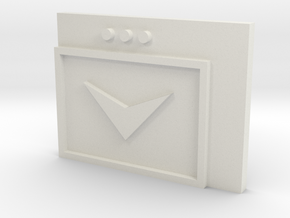 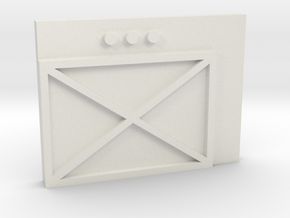 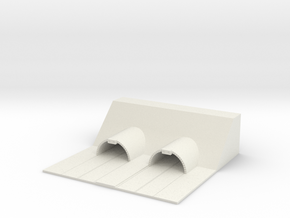