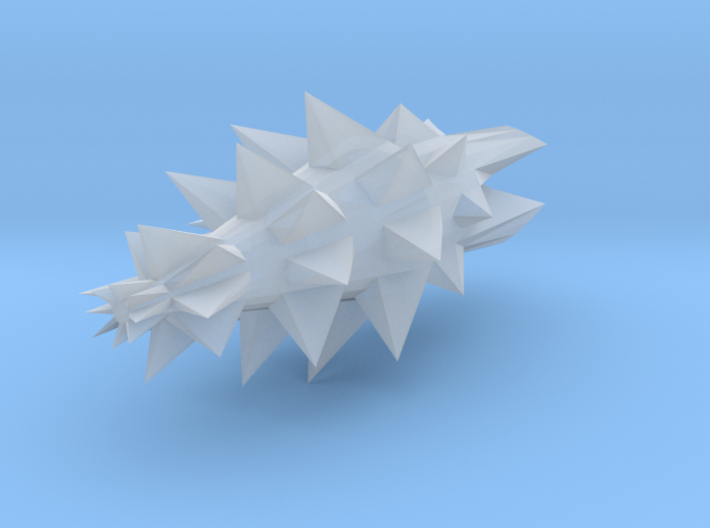 The Omega Octant is east of the Alpha Octant empires seen in the Star Fleet Universe (beyond the Inter-Stellar Concordium), on the other side of a galactic void. That void is a dead zone where life is impossible and ships fall apart, marking a separation between Octants.  The Souldra are comprised of a species of dark energy beings about which little is known. Apparently, the Souldra are native to an alternate dark matter dimension, which is connected to the material universe via an unusual “Black Sun” system in the depths of the Alpha/Omega Void. Only one extant Omega species, the faerie-like Loriyill, had encountered the Souldra before the modern era of Omega Octant history; the Loriyill had defeated the Souldra in a conflict centuries ago, eliminating them as a threat the Loriyill believed.

However, the surviving Souldra had fled back to the Black Sun system, from where they would steadily bide their time and build up their resources. In the decades prior to the Sixth Cycle, the Souldra would send long-range missions in search of pockets of dark matter across the Omega Octant, establishing dark matter caches in those pockets as waypoints and “recharge stations.” It would appear that once the Souldra became aware of the pending Andromedan invasion, they timed their own assault to coincide with it. However, it should be noted that no formal alliance existed between the two; the Andromedans were as liable to attack the Souldra (and vice versa) as anyone else. The Souldra drained the Bolosco home colonies of all life just prior to the Sixth Cycle; as the Invasions wore on, they attacked and drained the homeworld of the hummingbird-like Singers, who had been under the protection of the Loriyill at that time. As a result, the Loriyill ignored the Andromedan threat entirely and unleashed their full might against the Souldra. While Souldra ships lingered for years or decades after the final attack, their invasion at large was brought to a decisive end.

Souldra ships are built -- or perhaps grown -- from dark matter; a cross-section of a Souldra vessel would look like a crystalline circuit-board. They are armed with phaser-equivalent dark matter pulsars, plasma-like dark matter torpedoes, and a dimensional phase device (which enables a Souldra ship to temporarily phase out of the material universe). In addition, each Souldra warship is akin to a “casual carrier,” equipped with various types of fighter- or shuttle-like Shards - most notably the Black “Vampire” Shards, which are capable of attaching themselves to enemy units and draining their crews of their life energies, which in turn can be used by the Souldra ships to replenish their soul shields.

The Souldra equivalent to a heavy cruiser, the Spectre was a highly feared opponent. It was armed with eight heavy and four light dark matter pulsars, five dark matter torpedoes, and the capacity to launch six Shards. Typically, it would deploy a complement of three to five Black Shards and one to three Red Shards, though other Shard types were liable to be encountered. The innate flexibility of the ship’s soul shields, grouped into 18 smaller blocks and capable of being replenished through Back Shard vampirism, enabled the ship to excel at attrition combat against lone targets armed with weapons targeting only one shield facing at a time. However, this system was less viable in squadron or fleet engagements, against enveloping or multi-shield-spread weapon types, or against enemies who were immune to Souldra vampirism. Fortunately this ship was relatively rarely encountered.

This ship is available only in Fine Detail Plastic due to the fine points on the ship. Ships are unpainted, use standard flight stands available from many sources, and, while designed for gaming, make fine display pieces. 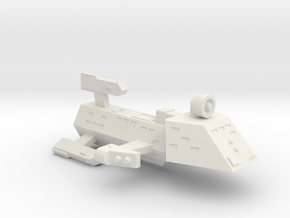 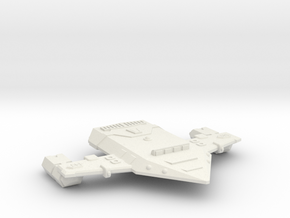 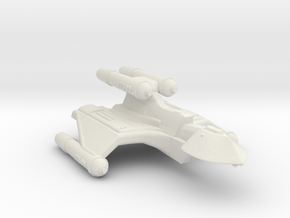